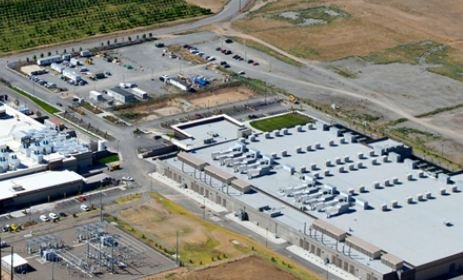 The world’s largest investment house BlackRock has offered more insight into its plans for data center consolidation, selecting a site at Amherst, in the state of New York, for a new US$79.8m 31,000 sq ft data center.

According to a report by local news site Buffalo Business First, BlackRock could receive an incentive package from the Amherst Industrial Development Agency for selecting the site at Uniland Development Co’s 220 acre CrossPoint Business Park.

The development agency is yet to vote on what these incentives will be.

Blackrock is also said to receive access to low-cost hydropower from the New York Power Authority as part of the deal, as well as further grants by the Empire State Development Corporation.

According to the report, BlackRock was considering other locations in the state, as well as sites in Pennsylvania and Canada.

BlackRock, after buying Barclays Global Investors (BGI) from Barclays in 2010 – a move which left it with 28 data centers worldwide – has been working on a migration strategy to reduce its global data center sites to six to eight.

Back in March, when BlackRock global head of critical engineering Herb Tracy spoke with FOCUS – it has reduced its global footprint to 11 sites.

These are a mix of wholesale colocation sites, including the Sabey campus at Wenatchee, Washington, and owner/operator facilities.

Tracey said owner/operator was suitable for the US, boasting the company’s strong engineering and IT skills in the country.

“In EMEA and Asia we generally set up data centers so that production is colocated and disaster recovery is in owned and operated sites,” Tracy said.

BlackRock built out its wholesale space in Sabey’s data centers using pods. Its strategy is to build disaster recovery sites separate to production.

It is unclear what role this new data center will take on, how it will be built, or even how much power it will consume.

The Buffalo Business First report did say that BlackRock will employ 25 new staff at the site, each with an average annual salary of about US$68,000.