The king of the cloud gets the crown

Amazon Web Services has been chosen as the cloud provider of a portal for the UK government which will enable government departments and local councils to procure goods and services online.

The new government portal is being built by a small public sector-focused development team called The Dextrous Web, which - in consultation with the Cabinet Office’s procurement body, the Crown Commercial Service - decided that AWS would be best for the project.

Hosting the primary components of the Crown Marketplace will likely give the company an advantage when it comes to later stages of the project, which may prove lucrative over the long term. 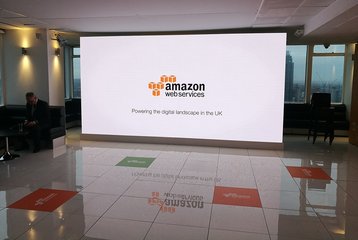 The contract with The Dextrous Web, first reported by The Telegraph, is thought to have been agreed last September, but has only now been made public.

Facing criticism that the government was more likely to choose larger suppliers, Oliver Dowden, the minister for implementation, said last April: "This government is listening to the business community and is committed to leveling the playing field for smaller suppliers to win work in the public sector.”

When it comes to data center and cloud services, however, the trend has skewed heavily towards the dominant players in the market - mainly AWS and Microsoft's Azure.

“Ignore me if you’re going to get offended - Amazon is probably better at hosting than you,” the chief digital and information officer (CDIO) of the UK’s Ministry of Justice, Tom Read, said last year.

He added: “We get a lot of [people] challenging us about procurement - why can you just buy Azure or AWS, don’t you need to be fair and let everybody in the market come to the table? - And it’s really hard, because the answer is ‘no, they’re better.’”

This approach has cost some small companies dearly. In 2017, Salford-based cloud provider DataCentred shut down after its largest customer, the tax collection agency Her Majesty’s Revenue and Customs, moved to AWS.

“This is a clear case of government saying one thing yet doing another. They say they want to support small businesses but they give the contacts to the big boys and let small businesses go bust," Member of Parliament Margaret Hodge, the former chair of parliament’s public accounts committee, told Sky News at the time.

“They say they want to be tough on tax avoidance but they use our money to give contracts to some of the world’s biggest and most immoral tax avoiders. Surely this is blatant hypocrisy.”

The US government is pushing forward with a system similar to the Crown Marketplace, with plans for an e-commerce portal that works like Amazon.com, but is intended for government agencies, to be launched in late 2019.

Last year, The Guardian revealed that senior Amazon executive Anne Rung privately advised a top official at the General Services Administration (GSA) about the project, suggested candidates to fill a government position, and inquired whether the official, Mary Davie, knew anyone who could run Amazon Business’s federal government division.

Rung was previously the chief US acquisition officer under the Obama administration.

Section 801 of the National Defense Authorization Act (which has been informally dubbed the “Amazon amendment") was passed last year to mandate the creation of the e-commerce system, with government acquisitions of commercial products thought to represent a $53 billion market.