Its fifth US region to date 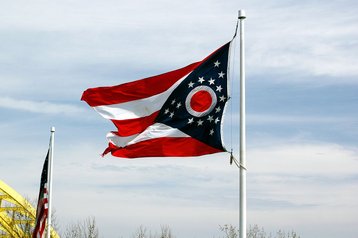 “Our customers tell us that by running their applications in the AWS Cloud, they are able to move faster, operate more securely, and save substantial costs–all while leveraging the scale and performance of AWS,” Peter DeSantis, VP of Infrastructure at AWS, said.

“Now with five highly scalable regions across the United States, AWS customers have multiple options for providing US-based end users low-latency access to cloud applications, as well as the opportunity to architect a variety of inter-region backup and disaster recovery operations for even greater availability.”

Ohio Governor John Kasich previously endorsed Amazon’s $1.1 billion plans for the state, and again hailed the news as good for the region.

The governor, who unsuccessfully ran for the Republican nomination for President earlier this year, said in a video: “Today we are celebrating these new facilities, the result of an amazing relationship that has developed between Amazon, the State of Ohio, and of course our partners at Jobs Ohio.

“It’s clear that the world’s economy is moving to digital technologies and cloud computing. And Amazon Web Services’ commitment here demonstrates the leading role that we hope Ohio can play in that world.”

He added: “Ohio is not just embracing the new knowledge economy, we’re also advancing the technologies on which that economy will thrive. Technologies like the cloud computing, artificial intelligence, drones, and self driving vehicles.”

Amazon is also funding the 100 megawatt Amazon Wind Farm US Central in Ohio that is expected to produce 320,000 megawatt hours of wind energy annually when it is fully operation from May 2017.

In addition, AWS will team up with the Ohio Academic Resources Network (OARnet) that works with member organizations to provide intrastate networking and other IT services.