As the company looks to expand Tier III facility

Australian data center operator Metronode has announced that its facility in Shenton Park, Perth has been chosen as the landing station for a submarine cable linking the city to Singapore.

The $170 million Vocus Communications Australia Singapore Cable (ASC) will stretch across 4,600km, delivering throughput of 40Tbps. It is expected to come into operation in early 2019.

Metronode is also attempting to acquire additional land in Shenton Park to expand the campus. 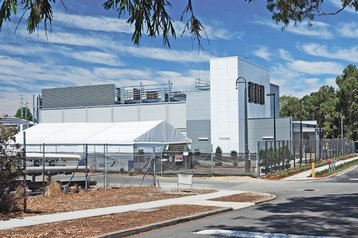 Metronode is a colocation and cloud provider with 10 data centers under management, owned by the Ontario Teachers’ Pension Plan - one of the world’s largest institutional investors.

Its Shenton Park facility currently offers 986 square meters (10,600 sq ft) of white space, and has been certified as concurrently maintainable (Tier III) by the Uptime Institute.

“We are delighted the cable will land at Metronode’s Shenton Park data centre, which confirms its premier location in Perth and our decision to further expand facilities to accommodate the expected growth from cloud, Government and enterprise customers,” Metronode CEO David Yuile said.

“It will also provide unparalleled opportunity for clients in Metronode’s facility to connect and do business with South-East Asia.”

This year, Metronode announced a major expansion, looking to spend $150 million to grow its data center footprint: the company has built and opened new facilities in Derrimut, Melbourne and completed construction of a new data hall at Unanderra, Wollongong. It is also in the last stages of construction for new facilities on its Silverwater Sydney site.