But publication stands by its reporting

Earlier this month, Bloomberg published an article that made a surprising claim - it said that the Chinese government had infiltrated Supermicro's supply chain, and added tiny rice-grain sized chips to its servers, giving the country's agents access to the data centers of more than 30 companies, including Amazon Web Services and Apple.

The story was immediately met with vociferous rebuttals from the companies involved, with Apple writing to the US Congress to dispute the claims.

Now, in a rare move, Apple CEO Tim Cook has called on Bloomberg to fully retract the story. 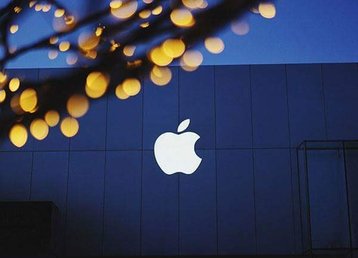 “There is no truth in their story about Apple,” Cook told BuzzFeed News. "They need to do that right thing and retract it."

This is the first time Apple has ever publicly stated a story should be retracted.

“We turned the company upside down,” Cook added. “Email searches, data center records, financial records, shipment records. We really forensically whipped through the company to dig very deep and each time we came back to the same conclusion: This did not happen. There’s no truth to this.”

Amazon, and those in the intelligence community, have also claimed that the article is incorrect.

Bloomberg, however, continues to stand by its story. A spokesperson said: “Bloomberg Businessweek's investigation is the result of more than a year of reporting, during which we conducted more than 100 interviews.

"Seventeen individual sources, including government officials and insiders at the companies, confirmed the manipulation of hardware and other elements of the attacks. We also published three companies’ full statements, as well as a statement from China’s Ministry of Foreign Affairs. We stand by our story and are confident in our reporting and sources.”

Since the publication of the original story, Bloomberg also reported that a major US telecommunications company discovered manipulated hardware from Supermicro and removed it from its data centers this August. In this case, the publication alleges that an implant was built into the servers' Ethernet connector, citing security researcher Yossi Appleboum. The identity of the telecoms company is not known.