Update: Akamai's status page reports the incident has been fixed at 17.09 UTC. Watch this space for more news

Once again, an outage of the Akamai Edge network seems to be affecting a large number of websites and services.

On its status page Akamai said it was "aware of an emerging issue with the Edge DNS service." 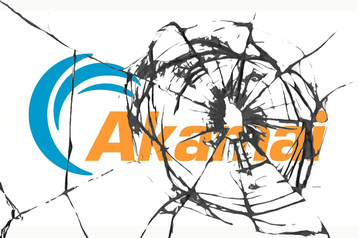 "Akamai Edge DNS is down, which is why lots of websites and services are failing," commented security expert Kevin Beaumont on Twitter.

Pre-empting idle gossip about cyberattacks, he reminded readers that a small number of CDNs front-end most users' experience of the Internet, in a bid to improve performance of websites - and they are prone to misconfiguration.

"Before the cYbEraTtAcK cyberwar map pictures start - it’s most probably a config error again," he said, and reposted a message tweeted during a previous outage in June "If you didn’t know, about four companies proxy almost every website."

In June, the Akamai Prolexic service, ironically designed to protect sites from attack,.failed due to misconfiguration and shut down Australian banks.

Earlier in June, a more extensive problem at the Fastly CDN took out major sites including Amazon, Twitch and Reddit.

The impact this time may be localized: most of Downdetector's reports seem to focus on the US, and many sites with reported outages seem to be available in London.