With GRC’s ‘try before you buy’ program, you can verify immersion cooling’s performance before taking the plunge

Time and again, new technologies or ideas challenge people’s preconceptions to such an extent that it can take years for prejudices to be overcome. For example, it took a decade or more for some people to become comfortable purchasing goods and services online – far too long for the companies that went bust during the dot-com crash 20 years ago. 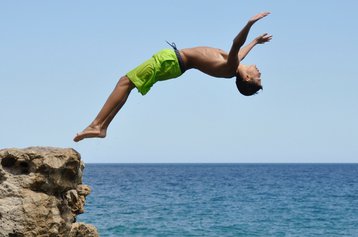 With immersion cooling, the barrier is a bit different: the idea that not only can plunging state-of-the-art servers in liquid to cool them be vastly more efficient than anything else, but also cost-effective and positively good for the health of the hardware, conflicts with the deeply ingrained belief that electricity and liquid just don’t mix.

“A common concern expressed by prospective customers interested in the technology is, ‘I think it will be difficult to convince the decision-makers, the people who write the checks, to make a transition to immersion’,” says Larry Kosch, an engineer and director of product marketing at Green Revolution Cooling (GRC). Kosch is keen on overcoming this barrier of scepticism.

That’s why GRC is now offering immersion cooling systems on a trial basis, enabling prospective buyers two methods to assess their IT equipment’s performance while immersed. This will enable them to confirm that it will not only work in an immersion-cooled environment, including material compatibility with the coolant, but will provide highly effective cooling performance for their specific configurations – all before they commit to taking the plunge.

They can even install it in their own living room, if they really want to, provided they’ve got the power and water Jim Weynand, GRC

“You can find a corner somewhere, deploy an ICEraQ immersion cooling system, take care of all your high-density there and not really disrupt the rest of the data center,” says Kosch. “This allows prospective buyers to experience immersion cooling in a low-risk manner. Instead of fully committing to something, it’s a way for us to prove to potential clients that GRC’s immersion technology can efficiently cool their IT gear, putting any concerns to rest.

“They can even install it in their own living room, if they really want to, provided they’ve got the power and water.”

That’s not an offer makers of other data center cooling technologies can casually make.

It’s a way for us to prove that GRC’s immersion technology can efficiently cool a client’s IT gear, putting any concerns to rest Larry Kosch, GRC

First, in GRC’s own testing facilities, with IT hardware supplied by the customer and the test conducted by GRC technicians using an ICEraQ cooling system. This enables data center operators to validate their own equipment for use with immersion cooling without having to find and provision space in one of their own halls first.

The second option is to invite GRC to install an ICEraQ system in-house to learn first-hand how immersion cooling works, getting valuable hands-on experience. This second option provides more time to assess the merits of immersion cooling, as well as enables security-sensitive organizations to run tests according to their particular standards.

Weynand believes such trials demonstrate how immersion cooling radically simplifies and cuts the cost of cooling systems for new data center sites, while also demonstrating how easy it is for established sites to migrate at their own pace.

Indeed, immersion can co-exist alongside air cooling, direct-to-chip, or whatever else is currently being used to cool IT in any particular data center environment, and there is no need to kit-out an entire operation with immersion all at once.

“Instead of doing what your predecessors did and cool servers using air, immersion cooling cuts data center power usage in half, drastically reduces the carbon footprint and extend the life of ITE systems. And, furthermore, it does it for less money, both in terms of upfront capital costs and operating expenses.”

While sales are taking off, many potential buyers remain reluctant to make that first move. “Clients are highly risk averse. It’s a big leap and it absolutely has to work, and it may be the first time that they’ll be using immersion cooling. So, they need to examine their particular technology stack to make absolutely sure it works,” says Weynand. “No one else is offering to do this.”

Some sectors appear to be more willing to make the move to immersion cooling than others. “We’re seeing large enterprises from telcos and financial technology, but probably most in defense. They are starting to adopt this technology in a big way. Based on our experience with these clients, they absolutely have to make sure what they’re installing in their data center is rock solid, that it’s going to perform exactly as expected, and much better than it did with air cooling,” says Weynand.

You can find a corner somewhere, deploy an ICEraQ immersion cooling system, take care of all your high-density there and not really disrupt the rest of the data center Larry Kosch, GRC

By taking up GRC’s trial option, prospective buyers can test the technology in their own time, with their own hardware, and tune it accordingly so that they can see that immersion cooling does, indeed, live up to the hype.

While any server can be converted to run under immersion cooling, Dell and other OEM partners, such as Supermicro, are able to provide immersion cooling-ready devices to customers, fully warranty covered. Even so, the conversion process for other servers is largely just a series of minor tweaks to, for example, the BIOS to account for the removal of fans from the motherboard.

In addition, for anything that plugs into the servers, standard PVC-jacketed cabling will need to be swapped out for plenum-rated cables, although they are no more expensive than standard cables.

Other helpful tools from GRC that organizations can try include a total cost of ownership calculator. “We have a calculator online that’s been vetted by partners, such as Vertiv and Schneider Electric, where the client can input their own data as part of our ‘Prove it Out’ program,” says Weynand. “They need to understand what their current environment costs, and that can include land because if you can repurpose up to 50 percent of your data center space, that’s a lot of money saved.”

In addition to the space-savings and greater density capabilities delivered by horizontal racks, additional savings opportunities abound as well. For example, air-handling equipment, generators, and other infrastructure can be removed – or at least much reduced – enabling adopters to repurpose the saved space.

For new data centers, it’s even easier: Immersion reduces the cost and time it can take for the data center to become operational because it eliminates the need to install extensive cooling infrastructure, as well as reduces space requirements.

In addition, for organizations that find themselves running out of space – or in an area where electricity supplies are becoming somewhat pinched – immersion cooling enables more compute to be shoe-horned into the same space, and without having to wangle any upgrades from the local power supplier. 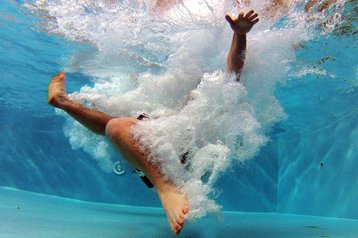 While some organizations might be hesitant, there are a number of early adopters, such as CGG, a company that specializes in geoscience, surveying, mapping and monitoring the Earth for a wide variety of clients, that have been using the technology for a decade already.

Indeed, CGG has highly demanding computing needs and has always been something of an early adopter: it acquired its first computer, an IBM 604, in 1954. It switched to immersion cooling in 2010, partly for efficiency and partly to wring more performance out of its server estate.

CGG has been so satisfied with the switch that it even produced its own guide to provide a client’s perspective of immersion-cooled data centers to anyone else considering making the move.

“The first thing you’ll notice when you walk into our immersion-cooled data center is that it’s virtually silent,” claims the company.

“The high-pitched whirring of server fans and air handlers found in air-cooled sites are replaced by the subtle hum of fluid pumps. Next, you’ll realize that the temperature is set higher than what you would experience in an air-cooled data center. With immersion cooling, air conditioning is only needed for technician comfort.”

illuminated, and less overwhelming. Waist-high horizontal racks afford an unobstructed view throughout the room, making the infrastructure look less complex. This despite the fact our operation supports double the compute of our legacy, air-cooled data center in the same space.”

The guide cites a series of other benefits, such as ease of access to IT hardware, the elimination of hot aisles and cold aisles, and the replacement of complicated (and noisy) cooling equipment with infrastructure that has just three moving parts: a coolant pump, water pump and a cooling tower.

Furthermore, GRC’s monitoring software, which provides regular diagnostics, early fault-detection and remote monitoring, integrates easily with DCIM software via a range of standard protocols. However, notes CGG, there is a learning curve with the new technology, but one that, it says, is “brief but very manageable.”

Now, though, adopters of immersion cooling can ascend the learning curve before the devices are even installed. With GRC on-hand to help under its Immersion Cooling Pilot Program, the benefits can be ascertained beforehand and, with an ICEraQ immersion cooling system installed on-site as part of that pilot, technicians can see immersion cooling in action, too.