Backup power is one of those things that we hope we’ll never need, but if we do, it had absolutely better work. With that being said, it is more than a little concerning that the biggest problem for generators is that they can ‘fail to launch’.

“Generators are essential to data centers, hospitals, and so forth. But according to Caterpillar and Cummins, the number one problem in the industry with generators is failure to start,” says Bill Kaewert, CTO of SENS. 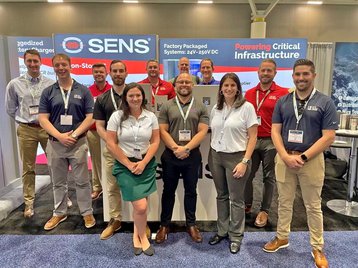 The idea that the biggest hurdle facing generators is their ability to start working is somewhat laughable. After all, we have generators in things like cars that start successfully daily – sometimes multiple times a day, and it takes years for the equipment to generate or cease to be reliable. So considering how infrequently back up power and generators are turned to in the data center industry, it really shouldn’t be a problem.

Unfortunately, despite logic suggesting otherwise, it is.

According to Kaewert, this ‘failure to start’ comes down to the reliance on lead-acid batteries.

“The industry has relied on lead-acid batteries for years. It's a truck battery that's used in vehicles, and these things work all the time. What people really haven't appreciated until recently is that these batteries last only half as long in a generator application as they do in vehicles.

“[In a generator] they are in float charge all the time, and they're not designed for that. Things like battery explosions occur, and they fail much more quickly than they would in vehicle applications.”

Kaewert reckons that these lead-acid batteries realistically need replacing every two to three years in order to avoid that failure-to-launch.

“If you take a big data center there are literally tonnes of batteries being moved in and out every month as those battery replacements occur. That's an enormous waste of materials, manpower, labor, trucks, etc,” Kaewert also pointed out.

So, what are the alternative options?

We can turn to different technologies to avoid this. For example, supercapacitors which can last a million cycles without wearing out, or lithium-ion batteries. Both are more reliable, but bring with them a pretty significant downside: power efficiency, or lack there-of. 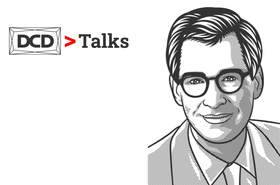 DCD>Talks 'Taking Control of your Power and Energy Requirements' with Bill Kaewert, CTO of SENS USA

In this DCD>Talk, we discuss all things power and energy, and how to control it, with Bill Kaewert, CTO of SENS

“Unfortunately, both of those products have byproducts that are undesirable,” explains Kaewert. “For example, supercapacitors, although they look like the ideal solution, have very low energy density. That's a problem because the data center industry has adopted NFPA 110, which mandates a very long period of cranking from the energy storage device. So it's uneconomic and very large if you're going to use super capacitors to do that, it’s too expensive.

“Lithium batteries are now being used in some vehicles to start them, but unfortunately, lithium batteries are very complicated because they need a battery management system onboard in order to manage that battery. Plus, they are not designed to deliver the super high current required by a big generator. When it starts, we're talking sometimes up to 4,000 amps.”

So, what does SENS think the solution is? (I’ll give you a hint, it's that other well-known battery. Nickel-zinc.)

As Kaewert points out, nickel-zinc batteries offer a pretty comprehensive solution to all these problems. It's a much safer technology than lithium because it's used as an aqueous electrolyte and it doesn't catch on fire. It works well with high-rate discharges, and its voltage doesn’t decay with the state of charge.

In other words, you can rely on a nickel-zinc battery to successfully launch your generator into action, no matter what the circumstance. Oh, and it is also associated with 96 percent fewer greenhouse gas emissions than a lead-acid battery.

Find out how SENS works with manufacturer ZincFive to change the backup power industry in the DCD>Talk here: