A brief history of migration

As computing demand has increased, our industry has had to evolve. From more powerful and efficient equipment, to larger facilities.

But rather than start afresh, many companies choose to migrate their IT physically. It is this that Art Dooling, principal of Align Assessments and Migrations has spent the last two decades doing.

We discussed his experiences in the latest DCD>Talk.

It is a particularly practical job, extremely physically demanding and mentally complex. We all know the care that must be taken with digital infrastructure; the design of the floorspace, considerations for cooling, both of which have become more complicated as new technology has come into use.

It perhaps makes sense then, that Align has had so many years of experience in the area, starting from when it was a more simple job.

“We worked on the physical layer. Companies getting their technology out was all based on infrastructure and cabling,” said Art of the early days.

“We used to move trading floors. People would move their offices, people would merge their offices. So we were very hands on, we were not only doing the design and helping with the project management, we were actually going in and helping with the disconnect and reconnect of that equipment and loading and unloading it from trucks. Setting up each trading desk and making sure that each one of those individual users and traders had it exactly set up the way that they wanted. By doing that, we enhanced our project management skills.

“That really led toward data center design and build solutions, because we knew the infrastructure and we knew how to distribute it out to the users.”

Somewhat unexpectedly, there was a defining turning point for the IT migration company. A turning point that was experienced by many in different industries.

“The unfortunate event of 911, that's when we really got into the migration business.”

“Back then people had computer rooms on the 40th floor and the 30th floor of their high rise buildings in Manhattan, and because of different security reasons people realized they needed to get all that data and information in those computer rooms out to more remote rural sites that weren't such high security concerns. 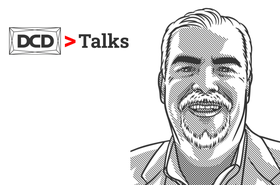 We sit down with Art Dooling, principal of Align assessments and migrations about how Align helps companies manage risk as they look to expand or migrate

“There was no virtualization, there was no technology. It was rather physical, but either you bought new equipment and built it, or you did this disconnect and reconnect and actually lifted and shifted and moved it.

“Today, with all the virtualization, with public cloud and private cloud, there is still a component of lift and shift on migrations.

“But now the motivation isn’t security concerns or being in safe locations necessarily, now, it's really down to where you can get cheaper power, and where you can put these facilities and have dark zones and not have as many people supporting them as they used to have.”

With many enterprise facilities now looking to move to cloud, colo or hybrid IT, it is unlikely that Align will run out of migration opportunities anytime soon.