Born in the cloud: A new paradigm for workload management

As the move award from on-premise data centers accelerates, the shift from managing infrastructure to managing suppliers continues 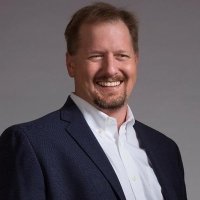 Ahead of DCD>San Francisco, Bill Dougherty, Vice President - IT & Security at Omada Health sat down for a Q&A with DCD’s Kisandka Moses, who is producing this year’s conference, to discuss the pro's and con's of cloud-first, cloud-only infrastructure.

Q: You were CTO at RagingWire before joining healthcare upstart, Omada Health in 2016. What are the key changes you've had to make in the way you craft technology strategy for a REIT versus maturing and scaling IT for a healthcare start-up?

A: At Omada Health, we have a completely different business model and because of this, completely different technology stacks and ultimately, people. When you're running a data center it's very similar to traditional IT, meaning most of your compute is on-premises and you are trying to do as much as you can within the four walls of your building. At RagingWire, we designed each building to be able to act almost as an island. If the greater world around us had a problem, for instance a fibre cut, a power outage or a natural disaster, the data center had to stay up, operational and protect our workloads. It could be cut off from all of the other data centers in the portfolio and still operate securely - mechanical, power and cooling all had to function independently.

In digital health, we're a cloud-first and cloud-only company. All of our workloads are in the public cloud and because of this, we have very little technology on-premise. Our wifi network, domain controller and laptops - everything is out in the greater world and interconnected. If part of the internet is having a problem, it will cascade across all of my software-as-a-service vendors and so we're now designing around a completely different paradigm for risk, disaster, availability and performance.

Book your pass for DCD>San Francisco

There are less than 560 free passes remaining. Book your pass today to ensure you don't miss out.

Q: Can you tell us about the Omada Health are processing data and why the cloud is so instrumental to your IT stack?

A: We were born in the cloud and have lived in the cloud since we began our operations more than eight years ago. We're less of a start-up and more of an adolescent. As far as our workloads go, we use AWS and use their full stack. EC2 for compute, S3 for storage, RDS for database and redshift for data warehouse.

Q: AWS is the clear industry leader in cloud computing services, why do you think the likes of Azure and Google Cloud are taking so long to compete?

A: I inherited AWS, but Azure and GCP are both great platforms. There are some reasons why you may want to spread across more than one but it comes back to the problems you are trying to solve and essentially, your core priorities. Our priorities are bringing products to the fore and getting our clients healthy. If the company spends engineering time and resources trying to make ourselves cloud-agnostic, that is time and energy we are not spending on improving our product. As long a we are getting what we need out of AWS at a reasonable and fair price that matches our financial model - the switching cost to be cloud-agnostic or move platform is too high. It becomes a distraction.

What we want to do is use the platforms we currently have, better. It has a much better lift for us then stretching ourselves across platforms and using them poorly.

Q: You recently took part in a DCD>Debate opposite Jake Ring of GiGa Data Centers where you discussed likely capacity demands for upstart businesses utilizing cutting-edge technology. Putting it bluntly, do you believe there is a role for self-owned infrastructure for industries of the future?

A: Yes, I believe there is. Jake and I had a great conversation and we agreed more than we disagreed. During the webinar, I stated that I see the move out of enterprise data centers accelerating. I think workloads will increasingly go into the cloud and or into colocation facilities and I see a trajectory emerging where, over the next five years, the enterprise data center will die as the cost of self-owned infrastructure is too high. I also think retail colocation is dying and we will end up with a lot of wholesale and hyperscale facilities. Depending on the size of your business you will either be in public cloud or private cloud, which is essentially a managed services cloud that is buying colocation at wholesale rates. If you're a larger outfit, you'll procure wholesale but ultimately the choice will be driven by financial decisions.

Where we are latency-sensitive is the API calls, computer to computer and service to service which lends itself to more centralized processing in large markets. I think Ashburn and Dallas will keep growing as will California, Silicon Valley and Oregon. I don't think Nashville will be a big data center market and neither will Salt Lake City as we are not that latency-sensitive as an industry.

Latency is a big deal if you have not written your application to prepare for it. If you have, we know how to solve latency issues; we have content distribution networks, network accelerators, we have compute in the device now and lots of ways to code around a couple of milliseconds of latency. If you’re a data center operator building your data center, and your thesis is ‘if I cut latency by two milliseconds, clients will come,’ that thesis is flawed.

Q: What’s your take on the New York vs. Ashburn debate? Are the two markets ultimately competitive?

A: I think New York City will decline in importance as real estate is too expensive there. If I can have my workload in New York, but I could also have it in Ashburn and it's cheaper. There are still latency-sensitive workloads coming out of New York, for instance high frequency trading which will remain. Ashburn will not be able to coax these workloads into Virginia unless the entire financial industry decides to uproot - which is highly unlikely. However, there are other workloads that are currently in New York which do not need to be there. There are certainly other opportunities for new markets to emerge.

Q: What factors do you think are driving site selection at present?

A: In my opinion, decisions on site selection will be driven by cheap water, cheap power, low natural disaster risk and low taxation. I don't see these decisions being driven by the need to be closer to end-users - it'll be economics, with cost becoming more important than latency when trying to figure out what the next data center market will be.

As CTO of RagingWire, we loved being in Sacramento. Before I joined the company, I was a repeat customer because they (RagingWire) had the lowest natural disaster risk in the United States, the cheapest power and it was a tax zone. As an end-user, my colocation cost in Sacramento was lower than my colocation cost in San Jose. The decision had nothing to do with latency to my end-users.

Q: What are the downsides to placing all of your infrastructure in the cloud?

A: Ultimately, you have to understand the availability zones and model of your cloud provider and design your own model and use of their service around it. If you have too many availability zones in one region which are too tightly packed together, the whole region becomes a risk zone for you - even if your data is concentrated in different buildings. You have to spread your load across different regions.

Cloud will not be the answer for all businesses. When I was at Ragingwire, we were trying to figure out whether we should keep our Microsoft Exchange server on-premise or migrate to Office 365. I looked at all of the benefits of migration and the administrative and hardware costs. It worked out cheaper for me to keep the server on-premise at Ragingwire because we already owned a data center. We got our floor space, power and cooling at cost because we were consuming it ourselves but the migration would have been cost-effective for any other type of business for that particular workload.

Bill will join us at DCD>San Francisco on 11-12 July, to share his insights into "Boom or Bust: How will 'new' IT trends impact the business model of the data center?"