Germany has an exchange for trading cloud services. Max Cooter looks at its prospects

In 1531, Antwerp’s stock exchange set up the first building for securities trading, allowing people to buy and sell new things, including stocks, bonds and debts. But the visionaries who established the stock market could not have envisaged trading in something as nebulous as cloud services.

But cloud computing, it turns out, is a surprisingly natural fit for the world of trading, where increasingly virtual financial instruments such as debt options are shuffled around in multi-million dollar electronic deals.

A computing technology based on the idea of virtual workloads fits snugly into a world of virtual trading. It is only to be expected that companies which move electronic commodities around the globe, might wish to trade computing workloads too.

Any of the global stock exchanges could have looked at the option of going down this route but the one that dipped its toe in the water first was the German stock exchange, the Deutsche Börse. DBCE (Deutsche Börse Cloud Exchange) was set up by Deutsche Börse in May 2013 in an attempt to create greater efficiencies between supply and demand. The scheme is currently still in a pilot stage but is set to go live sometime in 2015. 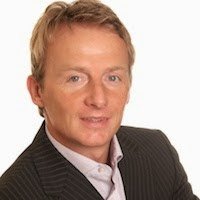 But why cloud? “Why not?” asks Thomas Kayser, business development manager with Deutsche Börse Cloud Exchange, “we have been doing for this for centuries,” he says, pointing out that there’s little difference between trading cloud resources and dealing in oil or gas.

The key element of the DBCE offering is standardization (see Box). This is necessary as cloud providers have different ways of handling workloads and have different pricing structures. “The focus was to make the products tradeable, the only way to do this is with standardization,” says Kayser. “It doesn’t make sense if each provider has a different approach.”

There are three parts to the DBCE workload: the performance of virtual CPUs; virtual machine memory and block storage, traded in 100GB blocks. The consumer works out what his or her needs are and buys accordingly.

The methodology that DBCE employs is measuring cloud workloads in Performance Units, providing a common framework for assessing cloud. “We’re not comparing datacentre A with datacentre B, but comparing performance units,” says Kayser. “ One PU is still one PU. We supply the standard that is being used, it doesn’t make sense if providers offer their own standard.”

Kayser explains this means that the consumer has a way of assessing how many PUs he or she will need to complete the workload. “We provide a set of benchmarks to measure, features like audio-video encoding, compression and mathematical coding. It’s important to be transparent so the process is entirely handled by open source software,” he says.

But it’s not just about the technology; there’s also a legal framework to ensure there’s no comeback. Which could be a tall order - doing business in Europe will throw up a diverse set of problems.

Europe is discussing regulations for cloud providers, which will affect where data is stored, and this will have implications for the cloud exchange, says Kayser: “Yes, there are issues to be resolved when it comes to data governance.” Since the Snowden revelations about surveillance he thinks customers will opt for resources based in Europe.

US data - cheaper and riskier? 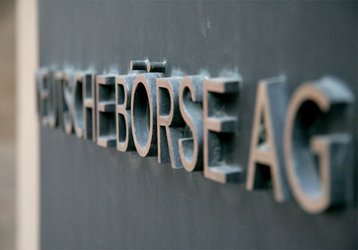 The pilot scheme only runs in Europe at the moment and DBCE is coy about the number of participants in the trial. There’s still room for improvement says Kayser, particularly when it comes to helping consumers come to terms with the new way of working. He says there has been a mix of customers: “Some need help, some don’t. In the finance community, for example, they tend to understand straight away.”

He does see ways of improving the process, however. “We’ve concentrated on the provider side up till now,” he says but DBCE is going to focus more on consumers in future. ”We will offer a new platform and with a new UI, it’s our intention to improve the experience for them before we go live. For example, at the moment we have a limited service level agreement (SLA), but that will change.“

He certainly sees the cloud exchange as the way forward. “It will take a bit of time for cloud resources to be considered a commodity,” he says. “But we already have a lot of interest from large IT companies.” He envisages a degree more sophistication in future. “At the moment, you’re able to secure your demand – in the future, you will be able to resell your unused capacity.”

It is this facet that may well interest CIOs. One of the problems with cloud is that the ability to use a pay-as-you-go service, calling up cloud on demand, is that it can be expensive. The option to use reserved instances from the likes of Amazon Web Services cuts costs, but reduces flexibility. Even before DBCE, there was an attempt by Canadian company Enomaly to set up a spot cloud trading system where buyers could pick up unwanted capacity from suppliers: Enomaly was sold to Virtustream and the spot cloud service disappeared from view.

Cloud Options from Strategic Blue has a different tack: “The problem with the Deutsch Börse system is that you have to use specific software running on a federated cloud,” says James Mitchell, CEO of Strategic Blue.

The Cloud Options approach is akin to commodity trading rather than working with technology. The company makes its money by working with the movements in the market. “Part of what we do is an educational process, where we share our knowledge of future cloud options, rather like [data provider] Platts in energy,” says Mitchell.

It’s still in the early stages but it seems that the Deutsche Börse Cloud Exchange is taking the first steps to a system that could revolutionize the way IT is sold. Customers have not previously had a way to calculate exactly how much of an IT resource they need and how much it would cost. DBCE offers a future where a firm can not only do that but actually trade on its unwanted capacity.

The cloud industry is still evolving and is in its early stages but it can learn from other markets.

Commodity pricing for electricity began in the 1980s, nearly a century after the technology started being widely used. Oil is also traded as a standard. Both of these needed defined standards to allow trading:the Watt, and the kiloWatt hour existed in the SI system, while oil has a variety of standards based on barrels.

Strategic Blue’s Mitchell expects the cloud market to be pragmatic: “The customers need to work out what resources from different providers they regard as equivalent, in the same way as oil traders may use Brent Crude. In this way, you have a benchmark rather than a standard.”

However, IT has neither the level of standardisation of the power world or the benchmarking of the oil industry: the technology lags a long way behind these.

According to Kayser, though, this could change: “In the future, it will be easier to compare the players,” he says. And the system will get more sophisticated when more providers come on board. Kayser says that when the system goes live he expects there to be more providers to choose from. “There are discussions – they will grow with their business (we bring more transparency, that’s a demand coming from consumers),” says Kayser.