The reasons why Uptime Institute changed its Tier-rating system

Compass Data Centers CEO Chris Crosby does not mince words, “If you say it, certify it.” The Uptime Institute agrees.

Two months ago (July 1st, 2015), the Uptime Institute implemented a change that rumbled through the data center industry. The “industry standard” certifications were to be revamped. In that process, the Tier Certification of Design Documents (TCDD) was stripped of any stand-alone value for commercial data centers in North America.

In the amended process, a TCCD letter is issued upon resolving any issues that surfaced in the design package. The Uptime Institute announcement stated, “The foil and website listing for TCDD will be withheld until completion of Tier Certification of Constructed Facility (TCCF).”

“Uptime Institute is addressing the concern that a TCDD could be used to substantiate a data center that is designed to one Tier level and constructed and commissioned to another Tier level,” explained the announcement. “This amendment re-enforces that TCDD applies only to the design drawing package and makes no assurances as to the infrastructure installed.”

More on the reasons for the change in a minute. First, let’s look at why the Uptime Institute originally considered it important to have a two-step certification process.

Why a two-step process? 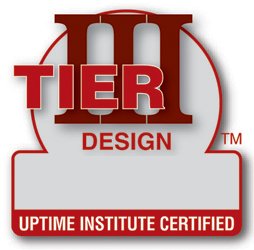 Second, catching mistakes or design issues on paper before ground-breaking just made sense. The time and money expenses incurred when rebuilding portions of a completed data center add up quickly.

“The mistakes we find vary, but on the average between 15 and 20 errors are found during each review,” said Kudritzki. “Data centers are complex buildings, and a fresh set of experienced eyes never hurt.”

As to the importance of reviewing the construction (TCCF), I defer to Chris Crosby, founder and CEO of Compass Data Centers. Many years ago, Crosby questioned the usefulness of the TCCF. However, he changed his mind when a data center his company built went through the process of obtaining the certification.

“You see what they do,” said Crosby. “They go through everything.” He then used how the Uptime Institute consultants tested the N+1 HVAC system as an example. This particular data center required three HVAC units to handle anticipated heat loads, being N+1 required another HVAC unit for standby. During the failover test, an HVAC unit is shut down and hopefully the backup unit comes online. Instead of just one test, the consultants ran several, each time shutting down a different HVAC unit.

To reinforce the importance of both certifications, Kudritzki brought up another example that involved the fuel-line piping for a data center’s backup generators. In the course of the TCDD, the fuel plumbing schematics were reviewed and considered satisfactory.

However, when the consultants returned to perform the TCCF, one noticed the fuel lines were plumbed differently from the schematic, and may or may not have worked as expected. The certification process required the plumbing be refitted to match the design intent — better now than wondering why the diesel generator sets were not running at full capacity during an emergency.

Once again, the Uptime Institute announcement: “This amendment is made in response to increased scrutiny from industry groups, oversight mechanisms, and legal bodies in North America into the validity of TCCD in the commercial marketplace.”

Crosby put more of a point on it. “In the data center service provider space, Tier III is by far and away the most abused phrase on the market,” he said. “Tier III as defined by the Uptime Institute really means concurrent maintainability. That means there are no single points of failure anywhere in the data center… It’s actually the baseline for mission critical.”

By “most abused,” Crosby suggests there is an abundance of commercial data-center operations claiming Tier III status, that either do not have a certification from the Uptime Institute or just the TCDD.

I asked Uptime Institute’s Kudritzki if he had any information on the number of TCDD certified data centers that failed to get the TCCF. He said, “Looking historically at Uptime Institute’s certifications, approximately 17 percent of the TCDD awards did not progress to TCCF in the expected amount of time.”

There is not much that can be done about data center operators who advertise having certain certifications, but the Uptime Institute can and has altered the TCDD to only really have commercial value after the TCCF has been obtained.

In conclusion, Crosby suggests caution: “As an end user, when you are looking to put your “crown jewels” into a service provider’s hands… I say buyer beware. If you do not see that TCCF certification; you need to be very careful, because you cannot be certain you are getting what you paid for.”