The EU's many data center projects 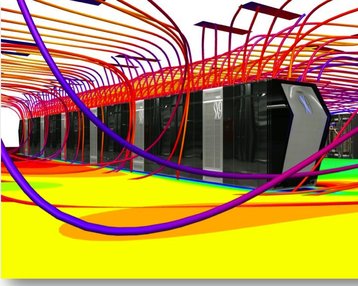 The European Union is a strange beast. Different departments cover similar areas, and within those departments, different nationalities and power groups jostle for power

Given that, it’s hardly surprising that when the EU decided to investigate power conservation within data centers, it didn’t set up just one initiative. It set up six.

The six projects - DOLFIN, GENiC, GEYSER, GreenDataNet, DC4Cities and RenewIT - are part of the Framework 7 Programme (FP7) set up by the outgoing European Commission, which left office in autumn 2014.  In total, the Framework Programme has considerable resources - its a total budget is over €50 billion, an increase of 41 percent over the previous program, FP6.

But all these are predated by two original projects -  All4Green and CoolEmAll – which kicked off the EU’s efforts in this area. Both were started early in 2011, and finished early in 2014.

These two projects had straightforward aims. All4Green was set up to develop SLAs between data centers and the users they serve, the idea being that different forms of computing would have individual energy saving policies. CoolEmAll was established to work on tools that would help data center operators make more efficient use of their facilities.

Among the current crop of project, RenewIT (October 2013 to September 2016) sounds similar. Its goal is to develop a tool that can be used by data centers as a way of measuring energy efficiency.  It shares many of the same partners, but those involved say RenewIT is not a continuation of CoolEmAll.

“These are distinct projects. CoolEmAll was about 30 months from October 2010 to March 2013, while RenewIT started in October 2013 for 36 months,” says Philip Inglesant, EU analyst at The 451 Group, one of the partners in both CoolEmAll and RenewIT. “There are obvious overlaps between the two; but the focus is different. CoolEmAll was particularly looking at cooling techniques within the datacenter.

RenewIT is looking wider than that, at energy use as a whole, and not only within the datacenter but also at things like energy reuse for local heating.”

What about the other five projects? They cover similar ground but, according to Fabrice Roubet, data center automation product manager with Eaton - one of the leading players in the GreenDataNet consortium, they all have clear goals and their own identity. “There is some overlap, of course,” he says, “but the projects are all very different with their own particular areas to work in.” 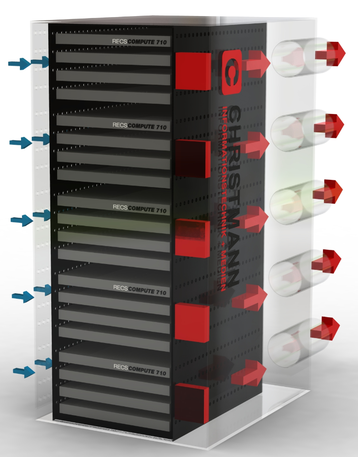 Survival of the fittest?

“It is quite unique to have six different projects all covering the same area,” says Andrew Donoghue, research manager for 451 Research, one of the partners in the RenewIT group. But this could be part of a plan to increase the chances of success. “By having multiple approaches to the same problem, the Commission is increasing the possibility of a successful outcome,” he says.

This should allow loads to be consolidated and reduce the number of servers on standby, thereby cutting overall energy consumption.

There’s an Irish flavour to GENiC, which reflects that country’s long-established data center industry. The project is co-ordinated by the Cork Institute of Technology and other partners include University College Cork and United Technologies Research Centre Ireland.

GENiC (Globally optimised ENergy efficient data Centers) aims to allow a datacenter to operate more efficiently, by targetting cooling when and where it is needed. The partners want to develop a control and management platform for the energy producing/consuming components: computation, communication, and data storage, cooling, local power generation, energy storage, and waste heat recovery.

The other EU projects all relate to the Smart Cities concept. DC4Cities relates the energy used by the data center to the constraints of the city where it is located. It aims to make data centers adaptive, managing workload using improved hardware and software which can adapt so that power consumption will conform to the limits placed by the managers of Smart City projects.

By having multiple approaches to the same problem, the Commission is increasing the possibility of a successful outcome

To do this, DC4Cities will develop a new set of metrics to complement the usual data center ones like PUE, CUE and WUE. These new metrics such as Software Execution Energy Efficiency and Renewable Energy Utilisation Efficiency will allow data centers to be compared.

Geyser looks to combine management of the IT infrastructure with better management of power grids, particularly as the demands of each Smart City will be very different. The project aims to improve AC/DC working practise and to ensure that computing workloads are better matched with energy provision so Smart Cities and their supporting data centers work better together.

The EU has had a reputation for launching grandiose-sounding projects that start with the noblest of intentions but fail to make a commercial splash. The organisation hopes that this time, the projects will have a life beyond the EU research programme.

“The EU is very keen on exploitation,” says Donoghue, “that’s to say that the projects have some commercial value. They grill us on how we’re going to make the technology work and how we can exploit commercially.”

He says that, as part of the project, all the companies had to have their own exploitation plan. “This doesn’t have to be a commercial offering, it could be research.”

Is there an exit strategy?

What’s less clear is what’s going to happen when the projects come to an end. Donoghue admits that’s still a little vague. “It gets complicated at the end of the project. Do we set up a limited company? If so there are intellectual property issues to be discussed. Who owns what?

Donoghue says that the Commission is very much involved with the RenewIT project. “They behave like a venture capitalist, but one with a very light touch. We have yearly reviews with them and they’ll produce a report and that could involve rejecting some of the deliverables.”

One of the key features of the overall program is the co-operation between the distinct project partners. According to GreenDataNet’s Roubet, this meant drawing on a range of expertise. “Within the project we have Credit Suisse,  ICT Room, a Dutch datacenter operator, Nissan who have been discussing with Eaton about using their batteries in data centers, two universities, Lausanne and Trento, who have been working on algorithms to improve data center performance and CEA, an alternative research organisation who have been working on alternative energy sources.”

Roubet says GreenDataNet is slightly unusual as it’s led by Eaton, a data center company. “We’re a data center vendor and we’re the only datacenter vendor leading such a project.” He says that the company’s expertise will help it develop projects that will have real value for end users.

Much of GreenDataNet’s finished product will be freely available to everyone: “We are proposing a solution based on open source, this will be made public – this will be fully available to everyone. The first deliverable will be literature and specifications on what we’ve been doing. In late 2015/2016, we will publish the pilot. There will be a booklet on how to efficiently run a data center for any environment and we will also offer an open source tool that offers basic features that can be used on a daily basis by data center operators.” However, he also envisages more advanced modules that can be sold.

For the European Union, data center projects meet several objectives. They give a commercial gloss to some European companies and complete research in vital areas. Above all, the projects aim to make data centers more efficient.

“If we want make data centers greener, then we have to make them smarter,” says Roubet.