When Singapore signs to cut emissions, data centers will have to get with the program

Singapore is set to sign the Paris Agreement on Climate Change on April 22, which will see the city state pledge to reduce its emissions intensity by 36 per cent by 2030, as compared to 2005 levels. Though the milestone will likely be of small interest to the general public, it is noteworthy to data center and cloud providers given Singapore’s position as a data center hub with limited access to renewable sources of energy.

The Singapore government is aware of the challenges and already has a plan to establish itself as a dominant player in green IT. To learn more about how data centers can be even more energy efficient, DCD spoke to Hal Grant, the executive vice president of IT Business at Schneider Electric, and Pankaj Sharma, the company’s vice president of IT business in the Asia Pacific and Japan region. 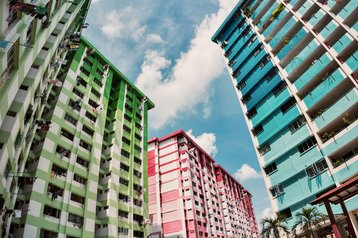 Efficiency as a way of life

Grant agrees that newer data centers are generally good news where energy efficiency is concerned, due to architectural advancements that help drive efficiency improvements. As it is, new data centers tend to be huge, multi-story facilities in land-strapped cities such as Singapore and Hong Kong, which makes efficiency more critical than ever.

“A lot of them are very large, they have very large energy consumption,” said Grant. “Consequently, it is an important part of the energy cost. How they can maximize the efficiency on every Watt that they are using is very, very important to them.”

There is a lot of innovation in new data centers, observed Grant as he ticked off a number of areas that have a bearing impact on energy efficiency. This include the types of cooling systems deployed and their efficiency, designs of PODs within data centers, and even how storage is lined up within the facilities, he told us.

And while there is no lack of new data centers being built here, Grant cautioned that even a new data center today will be an “old” data center in five years. What this means is how a process of constant improvements is not something that is optional.

“[Data centers] are like a building, which you are constantly looking at - how to make improvements, where you can make adjustments and modifications to make it more efficient. It is a lifelong challenge,” he observed. “You can’t build it and leave it there, but you have to build it and optimize it over time. I think it is the same thing in operating a data center.”

A new data center today will be an “old” data center in five years, so constant improvement is not optional

One interesting nugget of information is how high power density data centers are not necessarily the most energy efficient. For example, NTT’s recently opened FDC2 data center in Hong Kong was built with a high power density of up to 24kVA per rack backed by a thermal storage system, while Singtel’s upcoming DC West data center in Singapore is understood to have rooms dedicated for higher power deployments.

According to Grant, a high power deployment tends to mean more heat, which translates to the need for more cooling. He admitted however, that the actual limits and areas of improvements that can be made on this front are still topics of debate. “Where do the curves match where you get to the optimal situation? I think it has some limits,” he said. 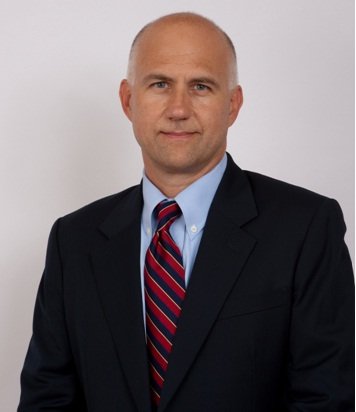 When it comes to existing data centers, the opportunities to improve energy efficiency are enormous. Grant says that improving an existing center isn’t a matter of swapping out older hardware for new components either, but could entail a “rethinking” of the systems that are implemented and integrated with the rest of the data center.

For example, air conditioning equipment doesn’t run as efficiently after 10 years if it is not maintained properly, and may need to be overhauled or even replaced. “If you don’t pay attention to it all the time, if you’re not constantly trying to improve things, then you fall behind,” he said.

And while some improvements do necessitate new hardware, other measures such as cooling optimization may be uncovered with the right data. This is an area that Schneider is looking at, said Sharma, claiming the company’s DCIM software platform can make the running of a data center more efficient.

“It looks at your cooling system and turns things on and off to ensure the most efficient use of DCs,” he said, noting that cooling optimization is but one aspect in which proper monitoring can make a difference. “Software takes it to the next level: How many of these components need to run on a constant basis? What is the best way to get them to work together?”

Are improvements to data center energy efficiency monolithic projects that necessitate the participation of vendors or equipment makers? Is there room for a third-party provider? Grant says Schneider Electric is happy to hook up to products from competitors in order to get usage information from them.

“Whether Schneider is doing it, or another competent party is doing it. The most important thing is we drive efficiency. We partner with other companies, we train them, we sell them tools, we don’t have to do everything ourselves,” he said. “Make it a business decision, go after the areas with the biggest pay back yet, and to reduce risk from an operational standpoint.”

Awareness is the key

“At the end of the day, it is awareness that is important. As consumers, people need to be aware,” said Sharma. “There is avery finite amount of resources, we have to make everything work; the efficiency with which the government drives all these, it works very well.”

Sharma was referring to government-initiated green standards such as the BCA-IDA Green Mark for Data Centres. “While they provide these standards, they also provide subsidies. It’s like you get rewarded [twice],” he said.