From e-commerce websites to sophisticated ERP platforms, database systems operate silently behind the scenes to capture and direct the complex and continuous flow of data in today’s digital world. And as the world moves towards the cloud, 75 percent of all databases are expected to be deployed or migrated to a cloud platform by 2022, according to analyst firm Gartner. This reality is even more significant in Asia-Pacific where the cloud computing market is expected to skyrocket,exceeding US$250bn in the region by 2023..

Confronted with growing demand by enterprises for cloud-based database systems and the challenge of powering hyper-scale events such as the annual 11.11 Global Shopping Festival (Double 11), the Alibaba Cloud team started work on a robust, high-performance database designed specifically for the cloud. With as much as US$38.4 billion in sales clocked over a short span of just 24 hours and over US$1 billion of GMV in the first 68 seconds of its 11.11 Global Shopping Festival in 2019, this was by far the biggest test to validate the promised agility and scalability of any database system.

Put through its paces in real-world use cases such as 11.11 Global Shopping Festival, the world’s largest online shopping event, PolarDB’s ability to handle 544,000 orders per second and reach a new high of 1.292 billion total delivery orders is testament to its ability to support scenarios that demand extreme elasticity and scalability for enterprises in Asia-Pacific as organisations and businesses embrace digital transformation. 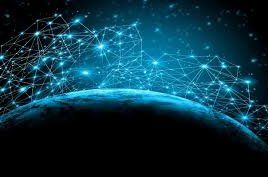 Created for the enterprise

Enterprises can hence migrate their applications onto PolarDB with ease, from financial applications to CRM and ERP systems. This can be done without completely revamping current application code or making extensive tweaks to the existing application stack. The result is a significantly easier pathway to move existing deployments over to PolarDB and the cloud.

A wide range of organizations are now using PolarDB and leveraging its capabilities across different verticals, ranging from manufacturing, public sector financial institutions, to global online businesses. For instance, PolarDB was recently used at scale to manage operations of PrestoMall, one of the largest e-commerce providers in Malaysia, enabling it to process millions of queries per second and support up to 100 terabyte of data.

Released publicly in September 2017, Alibaba Cloud’s PolarDB is a fully managed, cloud-native relational database system that promises significant benefits around performance, scalability, resilience, and cost-effectiveness. With support for low latency read replicas for scalability, this translates to an ability to scale up to millions of queries per second.

Below are some of the key capabilities of PolarDB.

To ensure seamless operation, a host of intelligent capabilities offer self-optimization and self-recovery capabilities. This includes the high availability capabilities for automatic and rapid failover to operational nodes in the event of localized problems, far faster than the ability of even an alert and trained database administrator to notice, diagnose and manually mitigate.

At a recent 11.11 Global Shopping Festival, for instance, PolarDB was able to automatically detect a failing node and migrate the affected workloads to a healthy node while maintaining data consistency. Automatically performed within the span of 15 seconds from the onset of problems, this was possible due to the real-time replication of petabytes of data in the background.

In addition, PolarDB boasts an extensive array of technologies under its hood. It decouples storage and computation, leveraging RDMA over a fast network for additional performance and elasticity. Finally, it can achieve a dramatic reduction in storage overheads with a novel indexing structure and efficient space usage through next-generation storage optimization and code generation technologies.

It comes as no surprise that top analyst firms have identified Alibaba Cloud as one of the top cloud platforms in China and the Asia Pacific region for its high-performance, scalability and reliability. Organizations looking to support their business needs in the new cloud-native environment can enjoy popular instances types of ApsaraDB for PolarDB with up to 50 percent off for 1-year subscription. Find out more here.