Flood the world with fiber

If we can lower the cost to deploy fiber, we could connect the planet

Working in this industry, discussing the roll-out of 5G and the impact of a world full of connected machines, it can feel like we have already solved the basics of the digital age.

But we’ve left half of the planet behind us. “We've reached four and a half billion Internet users,” Isfandiyar Shaheen told DCD. “How do we onboard the next three to four billion people on the Internet?”

This question, of how to connect billions and provide a stable connection for billions more, has consumed the lives of many. Giant corporations have sunk millions into ambitious schemes involving balloons, satellites and huge drones.

Shaheen, founder and CEO of NetEquity, believes there’s a simpler approach: Fiber. “When you compare the bandwidth of fiber to everything else, whether it's an LEO satellite, microwave, millimeter wave - those things are not even in the same quadrant. It’s literally, thousands of times less bandwidth than a single set of fiber.”

His company believes that it is possible to reach a vast number of the disconnected or poorly connected people in the world by deploying fiber across utility networks. “The theory I'm working with is saying that if you follow the electrical grid to deploy fiber, you can fiberize 80-90 percent of cell towers in the world,” Shaheen said 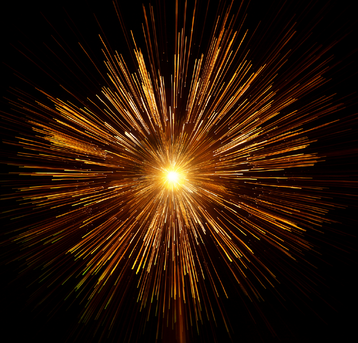 Shaheen's hope is that he can convince utilities to deploy fiber along their grid infrastructure as “utilities need fiber to achieve substation automation,” he said. “Utilities have also created a standard called IEC 61 850 that relies on fiber to do key things such as integrating renewables, integrating storage, and achieving a hell of a lot more automation to reduce their line losses, which will lower operating expenses and through which they can start lowering their capital expenditures. Because when a substation goes digital, its copper footprint goes down by 80 percent.”

The utilities he hopes to convince are, however, “mostly bankrupt - they're running on state subsidies. So the solution I've come up with is to say to them ‘I will build you a fiber network on my expense, and you get to lease it based on whatever the going rate for dark fiber in your market is.’ It's usually about 60 cents to 70 cents a meter a year.”

“That kind of lease payment makes it feasible to raise about 80 percent of the project costs as debt.”

Once the network is underway, then it becomes easier to turn to telecoms companies and say “‘hey I am bringing fiber to your tower, but instead of charging you whatever the market rate is for this service, let me make this an opex neutral deal for you. If you are spending $500 a month per tower on running microwaves, pay me the same $500 per tower per month, and I will give you a fiber connection,’” Shaheen said.

“But I won't give it as dark fiber, I will give it as a lit service. Because if I give it to you as dark fiber, you will lock away bandwidth. My goal is to make bandwidth abundant. So I would offer you abundant bandwidth, for the same operating costs of running microwaves. Now that combination of selling services to cell towers and getting these revenues from dark fiber leases from the utility that makes the whole business case hold.”

By playing to the pain points of the utility and the telecoms company, Shaheen hopes to avoid the aggressive legal fights and turf wars that have stymied others’ attempts at creating utility bandwidth.

A few examples of municipal fiber exist, with Shaheen pointing to efforts of small San Juan-based Orcas Power & Light Cooperative (OPALCO), which “deployed fiber at the cost of about $30 a meter.

“What's been cool about this cooperative is they published a very nice payback analysis in one of their board publications. And that shows a payback period of about 12 years. It shows the breakdown of the sources of savings, which came largely from saving the number of trips that their guys were making for repairs, because fiber gave them visibility across the grid.”

For Shaheen’s plan to work, however, requires fiber to be deployed at a lot less than $30 a meter.

“Fiber cables are a commodity, it costs less than $1 per meter. Yet most deployments end up costing $30 to $50 a meter, and that's because all the cost is in labor and right of way. If there is a way to bypass labor and right of way, there's no reason you can't deploy fiber at $4 a meter or around that benchmark.”

Shaheen believes that there is a way to avoid these cost barriers. But to achieve a radical price cut, Shaheen has to rely on an ambitious secret hardware project by another company to be pulled off without a hitch.

“What allows me to pull this stunt off is that I have this relationship with Facebook,” Shaheen said. “I signed an MoU with Facebook that gives me access to some technologies that can substantially lower the cost of fiber deployments. It's not a completely ready technology, that's the risk associated with the project.”

Facebook declined to detail the technology, which is currently under development. The project is part of Facebook’s Connectivity division, home to several projects focused on improving Internet penetration, including an ill-fated drone project and the controversial Free Basics effort.

Shaheen met Facebook representatives at a Telecom Infra conference, advised the company as a consultant, and then became its first ‘Entrepreneur In Residence.’

“I have no funding from them,” Shaheen clarified. “This is important and by design, because if I were to have a deeper relationship with them, then I am subjected to their bureaucracy - they’re a 60,000 person company. I don't need the entire company, I just need to talk to a couple of really solid engineers.”

Those engineers are key to Shaheen’s strategy, and roll-outs can’t proceed without the technology working. “My bet isn't so much on Facebook the company, my bet is on who I am collaborating with.”

In the meantime, Shaheen is working on “building a business around the promise,” he said. “My timeline is such that for the next year to year and a half, some of the useful tech that Facebook is working on will get finalized and will get prepared. During that period, I want to generate a pipeline of deals, sign NDAs with utilities, get their grid maps, turn them into investor documents, and then start putting together investor consortiums.”

So far, he says he has “made progress with utilities in Pakistan and South Africa,” and is working with a large East Asian investment group to explore a partnership. If the technology works and $4 a meter fiber is possible, Shaheen is convinced he can sign up more investors: “Currently, the dry powder of infrastructure funds is sitting at $180 billion.”

But to pull off that dream of connecting the world will require a large chunk of those funds. “There’s 25 million route kilometers of power lines that are suitable for fiber deployments and at $4 a meter that’s $100 billion; at $5 a meter, that's $125 billion.”

Should he be able to line up investors, Shaheen hopes to “flood the world with fiber, make sure it's not under exclusive contracts, and create a true public utility that can that can help many billions of people access the Internet at a price that they can afford.”