Data centers on the network Edge

Fifth generation cellular networks have been specifically designed to support innovative applications and use cases with demanding performance requirements in terms of speed, capacity, latency and reliability. The sheer number of attached 5G devices is also expected to generate huge volumes of data traffic - IDC is predicting 90ZB of data from Internet of Things (IoT) devices alone by 2025. But not all of that information needs to be stored and processed in centralized data centers which offer super scale hosting capacities.

In fact, much of it will end up being handled in facilities located at the network edge. That way, the distance data has to travel across the connecting networks between the end user device and requisite hosting/processing infrastructure is minimized. That can help bring average latencies down to around 10 milliseconds initially, and even below the 1ms mandated by the GSM Alliance (GSMA) in later 5G implementations.

Having localized storage and processing resources means that information can be filtered, analyzed and fed back to end users more quickly without having to make the round trip via a series of switches, routers, base stations, points of presence and telecommunications backbones to a distant facility that may adversely impact performance.

As such, 5G is likely to herald the arrival of larger numbers of smaller data centers situated in closer proximity to where data is actually created - micro or pod type data centers for example as well as suitable hosting architecture embedded in telecommunications transmission equipment (base stations, antennae towers, micro sites and access hubs etc) and even endpoints themselves (including PCs, smartphones, and IoT devices).

This article appeared in DCD's 5G and Telco supplement 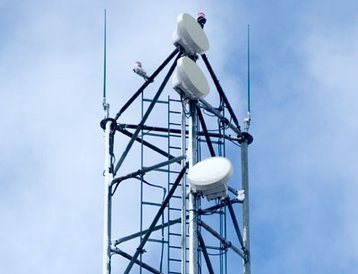 Topology depends on the application

That radical shift in strategy and approach, coupled with the vast volumes of data anticipated, is inevitably driving changes to the way that telcos and MNOs deliver network connectivity. 5G is designed to be a service driven architecture, so the exact topology which links the device to the data center wherever it may be is likely to depend on the application itself in most cases.

For enhanced mobile broadband (i.e. high speed mobile Internet connectivity from user smartphones) that will mean a mix of 5G, 4G and WiFi base stations forming a radio access network (RAN) which aggregate information from user devices before sending it to a local data center where much of it is cached (video content for example). Base stations transfer data to those local (or edge) facilities via wired wide area network (WAN) switches (or wireless mesh architectures in some cases) with local data centers then connected to regional or centralized hubs via edge, access and core telecommunications backbones.

Similar topologies can be applied to massive Machine Type Communications (mMTC) workloads but alter for Ultra Reliable Low-Latency Communication (URLLC) use cases which center on Internet of Things (IoT) connectivity – including smart utility grids, autonomous vehicles, remote surgery and intelligent transportation systems for example. Here it is likely that no local data center will be required – initial filtering, processing and analysis can be done at the base station itself before subsets of the data are transferred to the regional hosting facility.

The 5G RAN is made up of various components, including small cells, transmission masts and towers, base stations and even home hubs that aggregate residential traffic before transmitting it to the nearest base station. Small cells with ranges of around 10m to a few hundred meters are crucial to delivering high bandwidth millimeter wave (mmWave) networks needed for eMBB connectivity. Because the frequency range in the 28-40GHz waveband mmWave uses is very short, more antennae are needed to provide a continuous connection which means densely packed clusters will be used to serve large numbers of users at any one time. Elsewhere 5G macro cells will use multiple input, multiple output (MIMO) antennae to send and receive larger volumes of data simultaneously, with massive MIMO again providing a greater density in heavily congested areas such as cities and transport hubs.

In most cases, the 5G RAN will transmit data to local servers which aggregate user traffic into core telecommunications networks over some form of wired fiber optic WAN connection, though in some cases ultra high capacity 5G trunks offering wireless bandwidth of up to 10Gbps will be used to backhaul RAN traffic. Where network sharing with 4G infrastructure is needed or implemented, the local server will also aggregate data from 4G macro sites, as well as WiFi access points where coverage is provided (in city centers for example).

Changes to the core network

The RAN is not the only place where fundamental changes to network configuration are being made to better support new edge orientated 5G architectures. A revamp of non-radio 5G network segments that connect devices to data centers is also underway, including fronthaul and backhaul nodes that aggregate traffic, the core network, mobile edge, and access networks.

Key changes to the core network include redesigned signaling mechanisms and distributed servers which again help shorten the transmission path between devices and the data center to lower latency and improve application performance. So called “cloud native” networks specifically designed to support public, private and hybrid cloud workloads hosted in super-scale data centers are also being implemented, primarily designed to increase the speed of software distribution and upgrades and speed up automated workload provisioning. The 3GPP has also standardized 5G core network functions which will be cloud native and container based, underpinned by new security frameworks and quality of service (QoS) models for the infrastructure- (IaaS), platform- (PaaS), software- (SaaS) and other “as a service” applications hosted in service provider data centers.

That architecture is designed to quickly scale up bandwidth on demand to support those cloud services whilst being sufficiently flexible to support new use cases and go to market strategies through dynamic provisioning and configuration capabilities. It is designed to support network slicing which can divide single network connections into multiple and distinct virtual connections and assign them to different classes of 5G devices, applications and data sets for example, with performance metrics for each (speed, capacity and reliability for example) governed by a specific service level agreement (SLA).

No one size fits all

Gartner predicts that by 2025, edge computing will account for 75 percent of enterprise-generated data for example. Yet enterprise workloads will still represent just over a fraction of the total – set to exceed 175 zettabytes by 2025, up from 33ZB in 2019. Not only that but almost half (49 percent) of the data will still be stored in public cloud environments, often super scale centralized facilities, while the amount of data stored in the core will more than double the volume stored in endpoints despite the proliferation of smartphones with large local flash storage capacities for example (up to 256GB per device in some cases).

5G networks will bring significant changes to the way that data centers are operated and connected, but the number of attached devices they will link and the vast amounts of information they create mean that multiple approaches to data and application hosting will continue to exist side by side for a long time to come.