Cooling by any means possible

Most data centers use traditional chillers, but there’s a whole range of other possibilities

The majority of data center operators still run relatively traditional cooling plants:  the usual mixes of chillers, CRACs, hot-aisle and cold-aisle designs, and maybe some techniques for reducing overall cooling expenses. Techniques such as free air cooling are becoming standard parts of design considerations, but there are a large number of other, non-traditional options that are becoming more common.

Microsoft recently sank a test data center to the ocean floor. The resultant publicity showed that operators are interested in finding more efficient data center cooling techniques. The most promising ideas need to be built into the design rather than retrofitted to existing data centers, so they must be considered in the planning stages. Here are a few of the lesser-known cooling technologies. 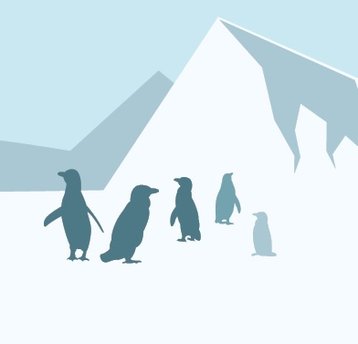 Snow: It’s either the opposite of free air cooling or a much wetter corollary, but projects have started that involve storing snow in areas of significant precipitation for use as a cooling medium when the weather becomes more temperate. The White Data Center Project in Hokkaido, Japan, has a pilot project where a small data center uses the cold from the snow mound to cool the test facility, and the hot air from the data center to warm a greenhouse.

The test project used mounds of snow collected in the winter, which were then covered with insulating material to limit the snow melt in the warmer months. The snow mounds were placed over heat exchangers that used the melting snow to remove heat. The test is in a large industrial park and the project hopes to attract production data centers to the campus.

The technology goes back to 2012, when Lawson, a Japanese convenience store chain,  introduced a self-contained snow-based cooling system for the air-conditioning system in a store in northern Japan. Rather than using piles of snow, the store was equipped with a 100 cubic meter insulated container that was able to maintain the snow in its solid state, without any additional cooling. Water running through pipes in the container is cooled by the snow and used in the air-conditioning system.

This demonstrates snow as a practical cooling medium all year around in a more contained environment than big piles outside a facility, but it still has the limitation of only being appropriate in areas that get sufficient winter snow and have a limited amount of warm weather in summer.

Thermal wheel: a rotary air-to-air heat exchanger system pulls in heated exhaust air for half its rotation and introduces cooler fresh air in the other half. A matrix surrounding the wheel absorbs the heat energy and is then itself cooled via fresh air.

This type of cooling technology only works in a properly architected facility, where the thermal apparatus is integrated in the design.

Used for years in industrial cooling applications, the thermal wheel appeared in the data center recently, when two European companies joined thermal wheel and hot-air containment technology to create a technology introduced by the company Kyoto Cooling in 2007.

The main benefit of the Kyoto wheel is that, unlike traditional air-to-air heat exchangers, the process is external to the data center, limiting pollution from outside air and minimizing humidity changes from unprocessed air.

Like other cooling technologies that use outside air, the thermal wheel is limited to areas with good cool air availability. In 2016, the QTS data center in Chicago, an area known for hot humid summer days and frigid winter winds, implemented a large Kyoto Cooling installation that should enable a PUE near 1.2 for the 48,000 square feet, 8MW data center. 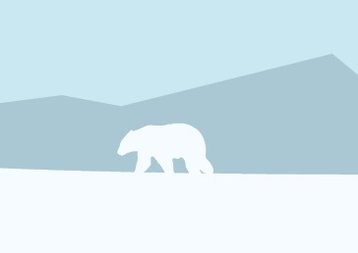 Geothermal: using the natural temperature difference between the data center and the surrounding earth, geothermal cooling sets up a closed cooling loop that takes advantage of the 50F mean temperature that is found five feet underground in temperate climates. A closed loop means there is no contamination of the local ground water or introduction of outside contaminants.

A number of data centers in the US Midwest use geothermal cooling. In Scandinavia, some data centers pass their heated water through piping that leads to the ocean and takes advantage of the thermal differential found there. Google cools its data center in Hamina, Finland, using the North Sea.

Geothermal cooling requires data centers to be located in areas where subterranean excavation is possible and the ground temperature is appropriate.

Evaporative coolers: these have been in use for hundreds, if not thousands, of years (ask any American Southerner about their swamp cooler), but they are relatively new in the data center.

Direct evaporative cooling works best in a hot, dry, climate as it uses the natural evaporation of water from a damp pad of material to cool the air blowing across the medium, turning warm dry air into cool moist air.

On the plus side, swamp coolers are simple and efficient in terms of construction and operational costs; the cooling doesn’t involve any of the potentially polluting refrigerants found in air-conditioning units. On the down side, it only works in areas with the right temperature and humidity.

Cooling continues to be one of the most significant costs in the operation of data centers. New and old technologies will be presented, repurposed and tested as methodologies for providing the temperature reductions required by data center operations.