Chris Crosby, CEO and founder of Compass Datacenters, likes to try new things. For a while now, his company has been promising to deliver a data center in six months from initial ground breaking. He is so confident in this ability he has pledged to pay customers $100,000 if Compass doesn’t deliver.

Crosby is also not one to stand still, stating in a recent press release, “our original data center offering has been very successful, but a corner stone of our company culture is to always seek out improvements.”

Crosby has announced that Compass Datacenters will now offer a new data center design in addition to the company’s current model. He describes it as a “facility that includes more functionality and adaptability than even the largest providers, and can be delivered in six months from breaking ground on a pad ready site.”

The new design includes the following: 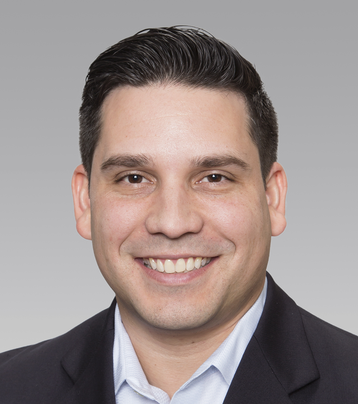 As to the improvements, Jose Ruiz, vice president of operations at Compass Datacenters and one of the company’s first employees, said they are crucial. Data center operators are asking for more versatility, more adaptability, and support for high increased equipment densities in the raised floor space.

Ruiz offered the following example: one of the problems engineers at Compass are being asked to solve is how to power and cool 2.4 megawatts of computing equipment in the same amount of floor space as the current 1.2-megawatt design. Turns out this introduces a structural challenge.

Installing enough roof cooling units to compensate for the increased heat load would require additional columns in the raised floor space, negating versatility in the computing area. “More importantly, there is just no physical room in the roof,” explained Ruiz. “If we were to add roof top units, we would at the minimum, have to increase the square footage of the roof, revise the structural engineering of the roof — making it a very expensive roof.”

But the real challenge is dropping the PUE to somewhere between 1.25 and 1.10. Getting that kind of efficiency requires a significant shift in design philosophy. In an attempt to solve both challenges, Compass engineers have been working with experts at Air Enterprises of Akron, Ohio, North America’s licensed dealer of KyotoCooling technology.

KyotoCooling is a relatively new product, first marketed in 2006 by KyotoCooling BV of Amersfoort, Netherlands. Cloudsite Intelligent Data Centers acquired controlling interest of KyotoCooling BV in 2013. Today, KyotoCooling systems have been installed in 75 locations around the world. 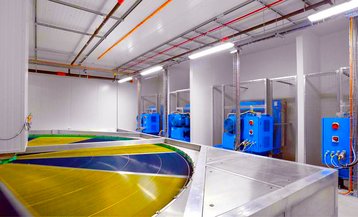 The Kyoto Wheel at a United Airlines data center – KyotoCooling

Why are Compass engineers interested in KyotoCooling? The technology makes the challenges mentioned above — the requirements for Crosby’s improvements — disappear.

KyotoCooling systems also meet the Compass modularity test, and the units can be installed on-grade, inside the facility, or on the rooftop. The heat transfer efficiency of this technology is approaching 90 percent while aiming to use 75 percent to 90 percent less power, which in turn reduces carbon dioxide emissions.

The essential component of KyotoCooling is the KyotoWheel, a sensible heat wheel made from honeycombed aluminum. The operative word is sensible: the transfer of energy, heat in this case, from one airstream to another. 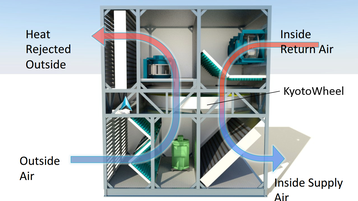 Heated air from the data center enters the inside-air plenum and passes through the continuously rotating KyotoWheel. The wheel’s aluminum matrix absorbs the heat, and the now-cool air returns to the raised-floor space.

The image to the right depicts the 400-kilowatt KyotoCooling system Compass Datacenters intends to use. 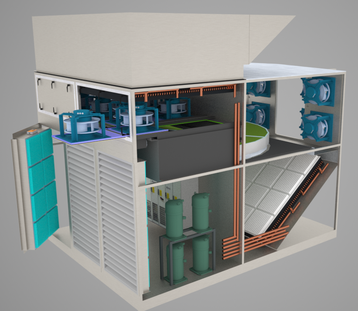 Many variables, including location and time of year, determine whether free-cooling alone is sufficient. When conditions are unfavorable for free cooling, an auxiliary cooling system in the outside air plenum automatically kicks in. How the two systems coordinate might be best explained using an example.

Industry pundits are watching, as Compass’ new design heralds the company’s entrance into a new market. Crosby is confident: “Compass continues to alter the traditional economics for data centers by making dedicated facilities cost-competitive with wholesale solutions in multi-tenant facilities. Now you don’t need to settle for the disadvantages of wholesale space just to save on data center costs in even the largest markets. You can get an all-included, high-end, dedicated facility that is certified and highly personalizable for the same price.”