Green IT and  cloud  are changing IT in the Asia Pacific region .

As 2015 begins in earnest, how will data centers change in the Asia Pacific region?  We asked a number of executives and analysts for their views on green IT and cloud computing.

There will be growth in the region. That is a given, according to everyone Datacenter Dynamics spoke to, but driving factors and the actual growth can be radically different in the various countries in the region. If there were a common denominator, then it would probably be in the fuel for this growth - sometimes this is driven by the need to renew ageing infrastructure.

Responding to a query from Datacenter Dynamics, Bernard Geoghegan, managing director, EMEA and APAC, Digital Realty, observed how this growth will be driven partly by the fact that some of the region’s data centers are ageing. He cited statistics by analysts IDC on how “around” 20 percent of all data centers in the Asia-Pacific region are more than eight years old and not ready to handle the demands of modern computing. 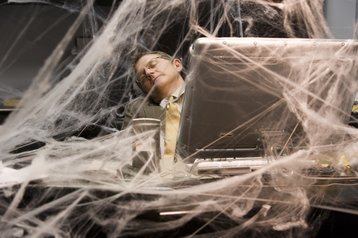 Organizations running from one of these ageing facilities are faced with having to decide between funding an upgrade of their existing data center, building a new one, or shifting IT resources and equipment to a third-party facility.

We got the same story from Wong Ka Vin, managing director of 1-Net, when we spoke to him at the sidelines of an informal Datacenter Dynamics networking event held at Suntec Singapore last week. Wong explained that the “renewal curve” of the industry is at a stage where renewable has to be planned, hastened by the simple fact that it takes time to either build a new data center or migrate to a new one.

Wong also drew attention to the Technology Risk Management Guidelines (pdf) for financial institutions including banks, that was formally released by the Monetary Authority of Singapore (MAS) in 2013. Among others, the documentation contains a comprehensive range of guidelines that covers topics such as system availability and recoverability, security and even the robustness of physical data center infrastructure against terrorist attacks.

Wong ticked off two data center drivers: Organic renewal, and financial institutions who find themselves slipping behind the stringent Threat and Vulnerability Risk Assessment (TVRA) guidelines stipulated for physical facilities by the MAS.”[When] you dovetail the new requirements like TVRA; you will see a lot of interesting activity,” he noted. It is in this context that Wong said he is “quietly optimistic of the continual sustenance of the business.”

New developments are afoot too. Singapore is finally set to open the much-delayed Data Centre Park next year, and awarded the first plot of land to Telin Singapore last year. According to Geoghegan, the Data Center Park will help the country maintain its position as a data center hub in Southeast Asia.

So what about green IT, given the focus by the Singapore Government on setting itself as the dominant player in this field? As we reported last year, the government had allocated S$100 million (US$80M) to fund major R&D initiatives that include research into green data center operations. 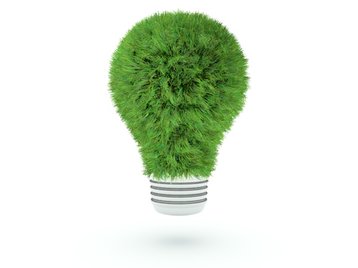 Will the downward spiral in fuel prices and availability of increasingly energy-efficient microprocessors serve as a disincentive for increasing the power efficiency in 2015?

“Regardless of oil prices, power efficiency will always be part of every data center manager’s agenda,” noted Geoghegan, who pointed to a trend of clients who are expressing interest in accessing renewable energy sources. “As more organizations aspire to achieve business sustainability and reduce their carbon footprint, we work hard to deliver the most energy-efficient data centers for our clients,” he said.

Simon Piff, vice president of enterprise infrastructure at IDC had a more pragmatic take on the effect of low oil prices on the industry in the region. While not downplaying the importance of power-efficient infrastructure, he noted that such demand had historically been driven mostly by large service providers–and for which power costs are a significant part of overall costs.

“With the low oil prices and potentially lower power bills, that incentive is not getting any closer,” said Piff, who concluded that “IDC does not anticipate any great end user demand for more efficient systems in the mainstream.”

“I don’t think companies are going to be green for the sake of being ‘green’ but they have to ensure there is a [return on] investment,” cautioned Chang Tsann, the practice director of data center facilities practice in the Asia Pacific and Japan for Dell.

Chang wears more than one hat, and is a steering committee member of The Green Grid in Singapore, as well as the vice chairperson of its China liaison work group. Energy efficiency is still a focus, he told us, though the context will of course vary in different countries.

The effect of the cloud

In a report earlier this year, we pointed to the many brand-name cloud providers that have, over the last few years, established a presence in the region to tap into the growing cloud market here. This typically entails setting up a physical presence in the data center hubs of Singapore and Hong Kong.

“Local legislation, lack of common standards and the ever present fear of vendor lock in will keep many from moving to an all cloud play,” said Piff, who cautioned that the cloud might not necessarily be the best option for all.

“What we are witnessing is a slow but steady increase in public cloud computing adoption where legislation and changing corporate attitudes permit,” he said. “There are many local and regional players that are able to offer compelling reasons to engage them and IDC believes there is still more headroom in this local provider space.”

Interestingly, Piff doesn’t think that all the new cloud business is going to the large vendors either, which dovetails with the positive assessment of the local cloud vendors we previously spoke to. Amy Lam, the marketing manager of Hong Kong-based PacHosting had pointed to the closer relationships the company maintains with its customers as a competitive advantage over large cloud players like Amazon Web Services (AWS) and Digital Ocean.

Geoghegan is more upbeat on this front, calling 2015 a year in which cloud computing becomes the norm in businesses. According to him, this could either come as a replacement for, or in parallel with existing in-house IT infrastructures. “As senior managers in the region become more comfortable with cloud platforms, the prospect of the significant cost savings and vast improvements in efficiency on offer will be too good to pass up,” he said. 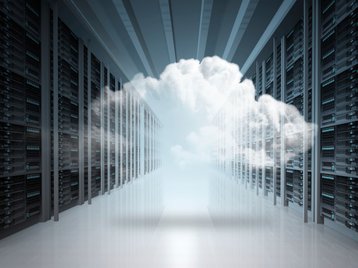 If there were one takeaway, it would be how regional data center growth, green IT and cloud adoption are unlikely to veer too far off their current growth tracks. Yet there is no question that the growing momentum behind cloud is also setting the stage to radically change the way that enterprises and small and mid-sized enterprises (SMEs) do their compute in the days to come.

Indeed, this change is filtering down even to data center and telco operators, as evidenced by Pacnet’s use of the private-cloud platform Open Stack to create its own Network-as-a-Service (NaaS) called Pacnet Enabled Network (PEN). When we spoke to Jon Vestal, vice president of product architecture at Pacnet last year, he expressed hope that the region could rapidly adopt the cloud despite its relatively slow start, using the unequal uptake of frame relay technology as an analogy.

“Where organizations who missed the frame relay boat were disadvantaged at that point in time, it also allowed them to move quickly to adopt faster technologies that appeared later - without being bogged down by legacy investments,” said Vestal.

“2015 is a watershed year for many,” summed up Piff, referring to the challenge posed by the emergence of a new generation of “born in the cloud” businesses not tethered by legacy systems and processes. “It’s about a new, better way of doing sometimes the same, sometimes a totally new thing that is appealing to the consumer in the world where the secure-mobile-cloud is the business platform everyone is using,” he said.