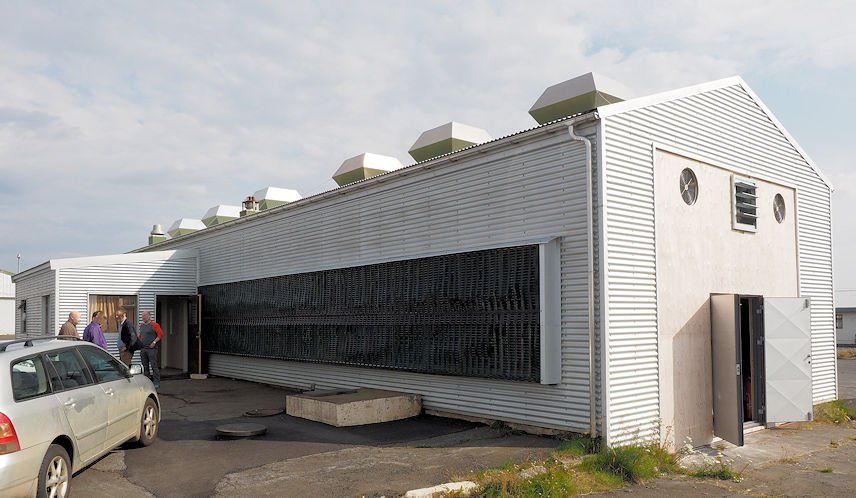 Some people refer to data centers as “bit barns” - but the facility we visited in Iceland last month meets that description much closer than any other place we have been. A specialized Bitcoin mining facility, the site makes extensive use of plywood and corrugated metal.

But there are certain ”normal” features. We expect our data centers to have power, cooling, connectivity, reliability, a secure facility and - depending upon size - physical security. We also expect a sort of antiseptic appearance, perhaps marred by occasional cables and open floor panels in the data halls.

With that in mind, you can imagine how surprising it was to visit a purpose-built data center in Reykjanes, Iceland that fit almost none of these preconceptions. The facility, operated by the Icelandic data center operator Borealis, is a purpose-built Bitcoin mining facility, made for a single customer which I cannot name. And its design has one overweening principle: cost effectiveness.

On arrival at the building, on property that was formerly part of the NATO airbase in Keflavik, I was sure we were in the wrong place. In front of me sat a building that would have been at home housing chicken production at a farm. It was the hottest day of the year in Iceland, with temperatures reaching above 60°F (maybe 20°C), and a double door at the end of the building was wide open, adding to the farm building image.

The building, originally an automotive repair shop of some kind, had been modified with the addition of fan cupolas on the roof. The long sides of the approximately 60 ft x 20 ft building had been modified to have one long window almost the entire length of the side, framed in wood and covered with what appeared to be a cheesecloth type fabric. 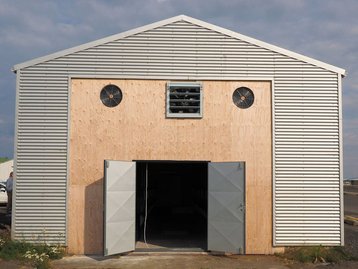 A number of familiar external items were entirely missing: no security fencing, no access control beyond a normal door, no UPS generator systems or the tank farm necessary to feed them. In fact, if not for the loud noise coming from the open doors and the heat pouring out of the building, it still looked like it belonged on a chicken farm.

The facility, however with its single purpose design, was ideally configured to support its only task. And the configuration was done to take best advantage of the location in which it resides. With free cooling and cheap power, Iceland is the perfect location not only for more traditional data centers, but for shoestring budget Bitcoin mining, where capex and opex need to be carefully managed to make any money on the mining process.

With four nines of uptime on the power grid, and no need to spend the money necessary to keep systems up and running in the event of a power failure, the needs for backup generators and UPS systems (and their costs) were removed. With average annual temperature ranging from a low of freezing to a high of under 60°F, cooling can literally just be an issue of opening the windows and letting natural or assisted convection remove the heat from the building. And with the cost of power on a contract basis potentially going below 4 cents per kWh, the opex for such a facility would be significantly lower than for a traditional data center built in Iceland or almost anywhere else in the world. The minimalist nature of the facility also means a capex that is unlikely to be possible elsewhere.

All this being said, there is no question that this odd little building is a data center. It consumes 1.2MW of power (around 1kW per square foot), which is more than the vast majority of traditional data center facilities. It uses a fairly traditional center hot aisle, with the free air cooling coming through the side of the building into the rear of the non-standard mounting system for the custom servers. The air is drawn through and past the mounted servers and exhausted through the roof mounted fans, or additionally, as on the day of our visit, through the open double doors.

Looking at the racks themselves it would seem that there aren’t enough systems to consume 1.2MW of power. But each box is custom designed using multiple ASICs built for Bitcoin mining. These ASICS run full out (though they can monitor environmental conditions and adjust speeds accordingly) and draw far more power than traditional computing hardware. The harder they work the more power they draw, and the more Bitcoins they mine, which is the single purpose of the facility.

There is also no redundancy built into the system. If a box fails, it is replaced and the algorithm hashing restarted. Should the facility suffer a power failure, it is a simple matter of restarting everything, in this unlikely occurrence. All that would be lost would be the work that could have been done while the systems were offline, and given the nature of how Bitcoin mining works (basically the more processing power you apply the more difficult the hashing becomes), the actual monetary loss from a brief period of downtime is negligible. 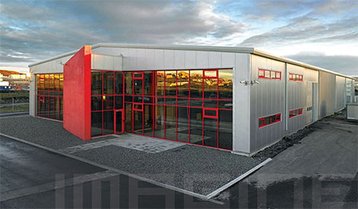 While this is commercial scale Bitcoin mining on the cheap, little more than a stone’s throw away is the Keflavik campus of data center colocation provider Advania. The three buildings of the campus have a more traditional image, with careful construction, external security and that no-nonsense data center look. Within these buildings is housed one of the two data centers of Bitcoin mining leader BitFury.

Bitfury takes a completely different approach to the mining business. It develops and builds its own custom ASICS, PCBs, and servers, many of which are sold to other Bitcoin miners. It also runs full scale data centers equipped with the latest in immersion cooling technology which it implemented after purchasing immersion cooling specialists Allied Control at the beginning of 2015.

While neither facility is running a traditional IT workload the comparison shows the broad range of technologies in both IT and facilities that currently defines the term “data center.”

David Chernicoff’s trip was paid for by Invest in Iceland.