A beginner's guide to cloudbusting

This article was written by A.R.E. Taylor, a PhD student of social anthropology at the University of Cambridge studying data centers. In a previous feature for DCD, Taylor highlighted 28½ things of anthropological interest about the data center industry

Over the last few years, ‘cloudbusting’ has become an increasingly popular pursuit for journalists, artists, activists and academics alike.1

Cloudbusting refers to the various (usually visual) practices of documenting or otherwise drawing attention to the physical, political and environmental realities of cloud infrastructure in order to expose the myth of ‘the cloud.’ 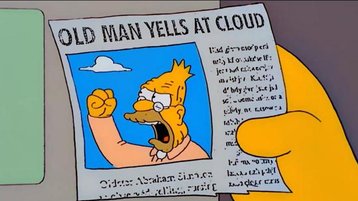 Fiber-optic cables, pipes, cell phone towers and satellites have been shamefully revealed in all their naked mundane reality by an inundation of cloudbusting interventions, ranging from magazine articles and exposés to documentary films and digital exhibitions. Across these diverse projects, the most persistently targeted object of the cloudbusting trend has been the data center.

It is commonplace – perhaps even obligatory – for cloudbusters to preface any study of data centers with one (or all four) of the following assertions:

These phrases - or variations of them - form the core of the classic cloudbusting account. Note the metaphorical use of ‘invisible’ to describe a building that isn’t really invisible. What cloudbusters mean by ‘invisible’ is any infrastructure that appears banal to the point that non-cloudbusters would never notice its existence.

Specific fantasies (with specific historical genealogies) underpin this fetishization of Internet physicality. News articles headlined ‘Secrets of the Data Bunker’ and magazine essays titled ‘Secret Servers’ reproduce the dystopian vision that there exists a secret, inaccessible industry silently - maybe even sinisterly - operating behind the shimmering screens of our digital lives.

But you can’t really hide a data center. The big secret about data center secrecy, is that secrecy sells and is often cultivated by data center marketing departments because it generates an aura of mystery, intrigue and security around data centers. Journalists, artists, activists and academics often similarly structure their cloudbusting narratives around the dialectic of ‘secrecy’ and ‘revelation’ – for secrecy doesn’t only sell data centers, it also sells the articles that promise to reveal the ‘truth’ of the cloud.

By revealing these secret data centers to the world (usually by photographing bits of them and putting them into illustrated field guides or photo essays) cloudbusters valiantly ‘make the invisible visible’ - this is kind of a cloudbusting mantra. But as anthropologist Marilyn Strathern has said, ‘there is nothing innocent about making the invisible visible’.

From an anthropological perspective, the data center industry and the cloudbusters are not so much political opposites, but more the heads and tails of the same mythic system, both actively engaged in reproducing tropey myths of secrecy, invisibility and hiddenness -  often in the name of ‘security’ for the former and ‘transparency’ for the latter. Security and transparency are themselves intimately interconnected ideologies - both operate under Enlightenment-era (and intelligence agency) logics that there are dark secrets that need to be brought to light.

This is not to say that cloudbusting efforts to expose and undermine the ideological fantasy of the cloud aren’t politically well-intentioned. But more awareness is needed of the myths, ideologies, tropes and fantasies at work within narratives and techniques of cloud interrogation. The problem being that a particular way of thinking and talking about cloud infrastructure - governed by a set of recurring assumptions and associated methods, metaphors and visual practices - is quickly becoming entrenched.

1Not to be confused with the pseudoscientific weather control machines invented by Austrian psychoanalyst Wilhelm Reich (1897–1957), that formed the inspiration behind Kate Bush’s 1985 hit single ‘Cloudbusting’.