It’s not just engineers that need to innovate. The data center sector needs new approaches to business and finance 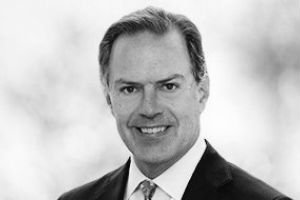 There is a well-known credo that applies not only to this industry, but to almost any dynamic, high growth industry: innovate or die.

The normal response among data center companies is to focus on operational efficiency. We tend to seek engineering-led innovation in order to reduce operating costs.

This makes sense as many companies, for example, spend as much on their power bill as on their rent. Hence doing everything we can to maintain our power usage effectiveness (PUE) is vital. But to be a long-term winner in this sector companies need more than engineering-driven, operations-focused innovation. We need to ensure all the other elements of the business are also contributing to the innovation drive, and not just leaning on the engineers to constantly re-invent their wheel.

Innovation should be deeply rooted in the corporate culture. It needs to be celebrated as much as signing a large new customer is celebrated, as much as the opening of a shiny new center is celebrated. Every corner of the business - operations, procurement, design, sales, financing, HR – should live and breathe the “innovate or die” maxim. You’ll know when your company’s culture is right when it continuously produces impactful new ideas rather than stifling them.

But we also applied innovation to financing growth. DigiPlex projects are 100 percent funded by our own equity at launch, and this is maintained until there is sufficient cashflow to attract debt on appealing terms. We compare types of debt on the capital markets from Oslo to London to New York and back to Stockholm, and choose true “value-added” debt.

In 2015, DigiPlex issued a publicly listed bond for the debt required to construct a new Norwegian data center, and we did so before the first brick was even laid. This is a first in Europe and, we believe, in the world. The issuance was oversubscribed and it meaningfully lowered our capital costs. 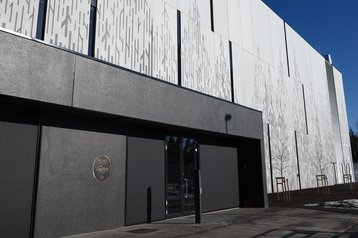 What is a bond?

to understand this, here is some context: a bond is traditionally an ultra-low risk security that requires a completed and stabilized cash-flowing asset before offering it to the market. As an emerging asset class seemingly underpinned by the fast-moving technology sector, data centers have long been perceived as a riskier-than-normal asset class.

It was a given that placing a pre-construction public bond was impossible. Achieving it alllowed DigiPlex to lower its cost of capital, which would translate into a significant reduction of the total cost of building and operation. These savings are passed to DigiPlex customers and makes the data center instantly more competitive in the marketplace.

Help on the way

Despite the hurdles, some thigns worked in our favor. All industries go through a life cycle from infancy, through growth, to maturity and, eventually, decline. The data center industry is very solidly in the growth stage, with high margins and high profile customers.

In emerging high growth industries the consumer typically buys into new concepts before the traditional capital markets do. This is normal as capital markets are by nature risk-averse. The early stages of growth are therefore normally funded by high risk / high reward capital from the high net worth investors, venture capital, and private equity. Once the concept is proven more mature and less expensive, institutional capital arrives.

Two years ago I sensed that the industry in the Nordics was at a tipping point, and bet that DigiPlex could attract institutional capital when nearly all traditional sources believed we could not.

In an intensive education phase, we explained to institutional investors the benefits of a Nordic location. Cold weather provides “free cooling” to all those hot servers just by opening the windows. There is native renewable hydro-electric power, up to 50 percent less expensive than elsewhere on the Continent, saving hundreds of millions of euros for hyper-scale Internet companies with massive data centers.

Then we demonstrated how to structure the transaction to protect the institutions’ capital during those critical stages of construction, when there was so much perceived risk and no cashflow. The solution here was lifted from good old fashioned real estate finance concepts – in essence exercising “best practice” by transplanting proven concepts form one mature industry to another one in its infancy.

The result was a first ever: an oversubscribed, publicly listed bond for a yet-to-be built data center. The follow-on act was another oversubscribed, publicly listed bond nine months later, this time secured by two operating data centers. This was followed by a two-stage, privately placed bond. Each time our cost of capital decreased, our customers benefited, and our shareholders smiled.

Innovation is not a one-off engineering feat. In a technology-driven industry such as the data center sector, innovation needs to be a collective state of mind. In today’s very fast, interconnected, Internet-driven world, the choice is stark: embrace innovation and thrive, or ignore it and, eventually, die.

Byrne Murphy is chairman and co-founder of DigiPlex