Since energy efficiency numbers for the data center facility infrastructure have improved so much over the last few years and have begun to approach the perfect PUE of 1.00, the pressure to improve efficiency has moved to the IT side of the equation. Liquid cooling for IT equipment has moved ahead in order to handle rising power densities and improve cooling efficiency. Recent developments have led to a cooling technology breakthrough that also provides energy harvesting and reuse of the waste heat from CPUs.

The underlying technology of the system was originally discovered by gamer hardware hackers who developed many tricks and techniques to cool overclocked CPUs in so-called “Gamer PCs”, by using homemade and aftermarket liquid cooling kits to prevent CPU from overheating. The gamer hardware hackers have formed an open source group called the Green Gamers. 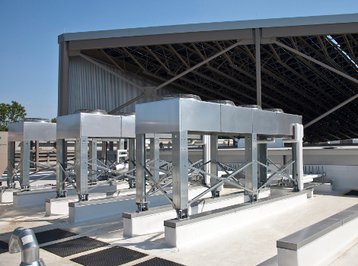 The Green Gamers discovered by continuing the development of the variety fluid cooled heat sinks commonly used on customized gamer PC’s, as well as sharing this with member sourced research, (similar in nature to the Linux crowd sourced community), they have confirmed a breakthrough that overcomes the limitations of entropy. As a result of perfecting this technology, the Green Gamers have released an open source new hardware platform (ver 1.0) that details the process.

In a startling announcement this morning, the National Energy Recycling Department issued a statement verifying this as a real breakthrough that overcomes the limitations of entropy. The press release also stated that this reverse entropy thermal technology that was originally discovered “in the wild” works. Moreover the release of the working details of this potentially disruptive information could represent a zero day event. This has led to sudden and unusual case of collaboration by the major IT hardware manufacturers, as well as several key government entities, which immediately formed an alliance to liaison with the Green Gamers.

Here are the main working details of the version 1.0 specifications: the cooling system utilizes the waste heat directly from the CPU harvested via liquid cooling (utilizing the Carnot heat engine principle), which is then used to initiate a reverse entropy process. The liquid has a low boiling point 65°C (150°F) and goes thought a phase change when heated by the CPU to further improve the heat extraction. It is then used to drive a thermo-siphon fluid pump that is coupled to a high-efficiency micro-channel liquid-to-air heat exchanger. The fluid is also dielectric and contains ferro-resonant particles, made of unobtainium, a unique amalgam of rare earth metals. The fluid then passes through a series of very powerful permanent magnets (made of molybdenum enriched neodymium-iron-cobalt). Once the ferrous particles have been hyper-magnetized, they pass through two counter-wound coils, generating an inverse bipolar DC current, which is stored in multi-pole ultra-capacitor.

The DC energy stored in the ultra-capacitor is then re-used to power the rest of the server components, completing the reverse entropy process and significantly lowering the total server energy. As an added benefit, the energy stored in the ultra-capacitor also provides 12-15 second of ride-through for the IT equipment during a utility outage, potentially eliminating the need for a UPS (this also eliminates related UPS loses, further improving the PUE of the facility). The more heat the CPU produces, the more energy is produced to power the rest of the server. This significantly lowers the electrical demand of each server and ultimately from the utility; however it does not eliminate it completely. If the CPU is idle, it produces very little heat and there is less energy produced to power the rest of the server components. Therefore, the server still has a power supply which still draws energy when the server is underutilized, but diminishes to nearly zero as the CPU loads increases.

Moreover, as an additional benefit, the air passing though the server’s liquid-to-air heat exchanger actually exits the server approximately 1 degree Celsius lower (1.8° F), since the heat energy has been removed by reverse entropy and converted into electrical energy. This also ends the requirement for mechanical cooling and improves the facility PUE even further, potentially below 0.90, thereby breaking the third law of thermodynamics and the previous theoretically assumptions implied by cold fusion.

In effect, this technology by the Green Gamers has been able to release “Maxwell’s Demon” as defined in the Second Law of Thermodynamics. This was originally postulated in the mid 1800’s, but was finally demonstrated in 2010 at the University of Tokyo when they confirmed its feasibility. Maxwell’s Demon was shown to be able to directly extract energy from the thermal motion of particles in Escher’s Waterfall. Therefore proving it is now finally possible to create energy out of information.

Imagine that for every Tweet or Facebook post, a few milliwatts of energy are created - rather than used. The more we tweet or post, the more we energy generate, which will ultimately help eliminate global warming, instead of adding to it. In fact, once Maxwell’s Demon technology becomes fully implemented, it will most likely become common place for millions of people to update their favorite social media platform continuously on virtually everything that the routinely do during their daily lives, via 3D video at 1080 HD, to be uploaded over wireless smartphones.

Just as the world was forever changed by the successful splitting the atom over 60 years ago, the full implications of this reversal of entropy breakthrough are nearly as unfathomable. Soon we will no longer need to cut down acres of trees to put up solar panels to create “sustainable” data centers. This also means that cloud computing will not obscure the sun’s rays which are needed to for power solar powered data centers.

If you are interested in piloting this groundbreaking technology, a limited number of developer kits are available (unobtainium not included). Please contact me as soon as possible, since bi-partisan sequestered government funding for this is very limited. In any case, you must apply no later than February 31, 2013.

However, in the interim please look at your calendar, as this blog is posted on April Fool’s Day. So while I hope you were amused by my musing (perhaps induced by my overexposure to late night infomercials), please remember that improving energy efficiency for both the facility infrastructure and IT equipment is important and an ongoing effort. Hopefully, we will ultimately be able to develop technology that will make it feasible to have energy recovery and reuse.

Check your rear view mirrors, which are clearly marked “The future may appear closer than it seems”, so please adjust your seatbelt and mindset accordingly.