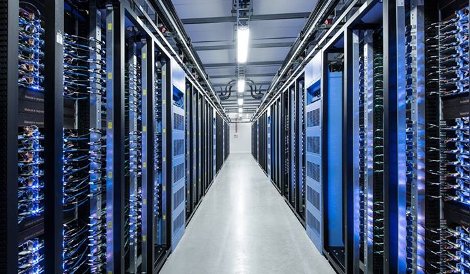 Facebook has brought online a new data center in Luleå, Sweden, powered entirely by hydroelectric energy and immediately came under criticism from Greenpeace for choosing an energy provider with coal-fired plants in its fleet.

Most of the data center is designed using technology Facebook has made publicly available through its open-source-data-center community called the Open Compute Project. The company said this was probably one of the world's most efficient and sustainable data centers.

“Nearly all the technology in the facility, from the servers to the power distribution systems, is based on Open Compute Project designs,” a Facebook spokesperson wrote in a blog announcing the news. The power supply is reliable enough for the company's engineers to have been able to reduce the number of backup generators at the site by more than 70%.

Greenpeace, the environmentalist organization that has been putting pressure on data center operators to push renewable energy for data centers, issued a statement where on one hand, it welcomed Facebook's decision to go coal-free in Sweden, but on the other, criticized its choice of energy provider.

“Greenpeace is disappointed to learn that given the choice of energy providers for Luleå, Facebook has not immediately opted for a 100% renewable energy provider, instead choosing the giant utility Vattenfall, which still invests primarily in non-renewable energy,” Gary Cook, senior IT analyst at Greenpeace, said. “As Facebook continues to grow its facility in Sweden, we expect it will seek to expand its access to renewable sources of electricity, as Google announced last week for its facility in Finland.”

Google has committed to buying all electricity generated by a 72MW wind farm being built in northern Sweden for a decade. The internet company will use this much power to run its new data center in Hamina, Finland, which is plugged into the same electrical grid as the future wind farm.

Greenpeace has in the past criticized Facebook for its choice of coal-heavy energy provider for the first data center it built for itself in Prineville, Oregon. The organization wants big data center operators, such as Facebook, Google, Twitter, Microsoft and others, to use their energy buying power to persuade utilities to clean up their fuel mix.

Facebook has a goal of powering at least one quarter of all of its operations with renewable energy by 2015. In its report on energy use and carbon footprint, released for the first time in August 2012, the company said reaching this goal would be difficult, and it had not at the time worked out an exact plan of action.

“We now this is going to be a stretch for us, and we're still figuring out exactly what it will take to get there,” Facebook representatives said in a statement about the report. The difficulty lied in data centers the company had already built that used coal power (its Oregon and North Carolina facilities and facilities it leased from commercial data center providers) and the rate at which its infrastructure grew.

Facebook viewed the launch of the Luleå data center as the tipping point where it would start seeing an increase in the amount of renewable energy powering its infrastructure in comparison to its total energy consumption.