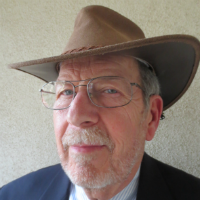 Dr. Sullivan, commonly known as "Dr Bob" in the industry, retired in 2000 after a 32 year career with IBM’s Storage Systems Division in San Jose, CA. He then worked as a consultant to the Uptime Institute of 10 years, retiring for a second time in 2010. He is now an independent consultant in the Data Processing industry, concentrating on high density cooling and energy efficient data center infrastructures.

Prior to joining IBM, Bob received a BS in Mechanical Engineering from Northwestern University and an MS and PhD in Applied Mechanics from Stanford University. In his 32 year career at IBM he did technology, component and new product development work, installation planning and consulting work in computer room environment and hardware installation issues. In his IBM career he worked on the team that developed the Winchester disk technology, he created the Hot Aisle/Cold Aisle equipment layout concept, plus identified the need to have all air flowing in one direction in the computer room. These and other critical concepts he has identified are now generally accepted and employed throughout the data processing industry. Along these lines he has contributed much of the original research on raised floor and non-raised floor cooling technology.

In addition Dr. Sullivan is an internationally recognized expert, who has been involved in diagnosing and resolving critical cooling problems in hundreds of data centers over the last twenty two years. He is also a recognized expert in the areas of computer room environments, hardware installation, computer room layout, power and power distribution, grounding, cooling and air flow, plus contamination identification and remediation.

Dr. Sullivan was honored to be named one of “five people who changed the data center” by TechTarget in August 2010. He speaks regularly at national and international conferences, teaches courses, and presents seminars on various aspects of the efficient and effective data center, as well as, leading edge technologies in the data processing field.