Have we reached the sustainability ‘tipping point’ for data centers? 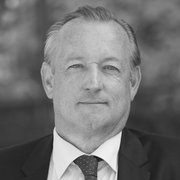 More businesses than ever care about clean data, but still have much to learn

In a highly-connected and informed age, movements for change emerge from all angles: from a growing consciousness about waste from single-use consumer plastics, or workshop conditions for factories and logistics companies, the risk of ignorance, when it comes to the sourcing of modern conveniences, is becoming a far more pressing issue. 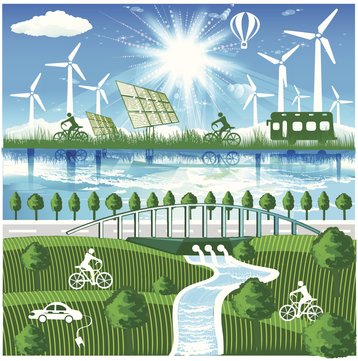 To strengthen the global response to the threat of climate change, 175 countries have now ratified the Paris Agreement. In the agreement, all countries agreed to work to limit global temperature rise to well below 2 degrees centigrade.

Yet, without action, the world’s average surface temperature is likely to surpass 3 degrees centigrade this century. Frankly, it’s about time that a company’s data management became a part of that broader climate change discussion.

Our 2018 Nordic Data Centre Trends survey, published a few weeks ago, provides the most extensive look into attitudes of executives across the Nordics. With the Nordic data center industry pioneering environmentally responsible data management and cool climate, understanding the latest thinking from business leaders in the region is very useful for the wider industry.

We called it A Perfect Storm: Digital disruption, complexity and business pressures put the data center at the top of the management agenda because it provides evidence that sustainability is affecting corporate decision-making priorities faster than we could have thought. Among the highlights of the survey findings was that the issue of ‘sustainability’ emerged as the fastest rising data center concern. It rose from 27th place in 2016 to join the top five challenges identified by business decision-makers this year.

Sustainability is something of a catch-all term. It covers a raft of environmental and contextual factors that are changing priorities for data centers. Other pressing issues like the cost of power, the need for security and connectivity, are being considered in context, and with wider ramifications.

So, what is driving these concerns? The short answer is the scale of global digital transformation. Digitization, new technologies, data analysis and emerging trends such as artificial intelligence are shaping the future of whole industries, sectors and our society as we know it.

In the short-term, cloud and big data analytics are among the key drivers of change for all company business models. 74 percent of those surveyed said that their company’s survival depended on digital transformation and 71 percent said they were conducting urgent digital change or had already implemented major digital adjustments. The cost equation that governed decisions about business-critical IT (and data centers have ever been at the very heart of connected business) has shifted radically towards off-premises solutions.

The prominence of the data center issue among C-level executives has increased in line with the rapid deployment of new technologies including Artificial Intelligence (AI), Data Analytics and Augmented Reality (AR), all of which put incredible and continuous demands on data centers.

Seven in ten of the executives we surveyed believed that the biggest source of business disruption was coming from Cloud Computing, which is expected to change core business models and have a considerable impact on revenue and margins in just three years, closely followed by Big Data and Analytics (69 percent), and Artificial Intelligence (AI) and Machine Learning (66 percent).

More businesses are also seeking alternatives to on-site data centers. With the company’s data securely stored in a professional data center, IT leaders are free to focus on business-changing opportunities.

Honey, where did you put the data?

Yet, while businesses are feeling more concerned about data management as a business-critical issue, there are some big knowledge gaps. A staggering 60 percent of respondents said they didn’t know where their data resided – even though 91 percent of those surveyed said they were moving their data management to another location due to GDPR.

Operating at the cutting-edge of the data center industry in the Nordic region is an honor. Increasing numbers of global businesses and particularly hyperscalers are realizing the geographical benefits. By locating to the Nordics, they are demonstrating their commitment to sustainability and that they care about the impact of data use and the future of the planet.

Research suggests that the planet may now have passed the tipping point for climate change. The level of carbon dioxide in the atmosphere has reached the point at which there could be warming of several degrees – unless there is a dramatic change. Reversing this trend will take all our efforts and, for the modern business and consumer, data usage is a key frontline in the fight.

The Nordic climate provides an advantageous cool climate and pioneering environmentally conscious data centers. Providers like us at DigiPlex have taken the lead in putting green issues at the top of the data center agenda for almost two decades. We are naturally pleased that the issue of sustainability is making more headway among senior executives. Fixing the issue won’t happen overnight – but it’s clear that the temperature is rising for this debate in the industry.

It’s now time for businesses to respond and make a conscious shift in their environmental habits and say “No” to dirty data.