Dominating the data center - the rise of SSD technology 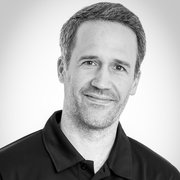 Solid-state drives (SSDs) are now just about ubiquitous in desktop and laptop computers, but it has taken a lot longer for SSDs to have the same widespread deployment in the data center. The wholly different requirements of cloud and data center applications means three aspects of SSD technology have had to reach maturity before SSDs can be a viable replacement for hard disks - cost, reliability and capacity.

Now the technology has reached critical mass, and the SSD-only data center is not just a reality, but increasingly the future of enterprise storage. And, unlike in the early days of SSDs, there’s plenty of choice today. 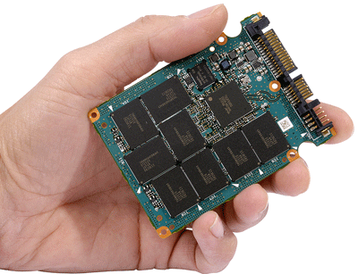 SSDs in the data center

Initially server SSDs worked best as cache and hot storage to mix with SAS or SATA spinning disks, but now with higher density NAND bringing server SSDs to up to 3.84TB capacities, fast NVMe based AIC drives and incoming standards such as U.2, there is a shift towards All-Flash Arrays (AFA), which eliminate spinning disks entirely.

It’s not hard to see why this change is occurring. A single SSD can outperform multiple spinning disks and consumes less power. Therefore, it lets you consolidate servers and reduce a storage rack’s overall physical footprint.

SSDs in the data center depend on a different set of metrics to consumer PCs though. Unlike a typical client PC, where usage is unlikely to ever require consistent 24/7 steady performance, a data center must be able to meet this requirement, and will experience increased demand depending on the application.

Data center drives must be able to meet this challenge, with both reliability and consistent daily performance throughout the full warranty period. Endurance is key, as is consistent IOPS performance. However with a different application, such as one of the popular streaming video services that requires a Content Display Network, predictable low latency becomes a key requirement. Once again, consistent IOPS are needed for this situation, combined with quality-of-service (QOS). Server and data center customers can now choose between fast and reliable SATA SSDs, which have the benefits of hot-swap, flexible redundancy options and great scaling thanks to multiple drive bays per server, and the latest high performance AIC NVMe drives that offer the fastest throughput that’s possible from NAND technology.

However, although SATA is currently the standard for SSD deployment, it is in decline. The channel is still heavily focused on widespread SATA deployment, and the transition to NVMe performance levels will take some time - up to 24 months for some channel customers.

And soon, the U.2 standard will make this choice a lot more interesting, somewhat bridging the gap between these two SSD categories. It offers the performance of NVMe, with the same scaling, redundancy and hot-swap benefits that are currently only possible from SATA. 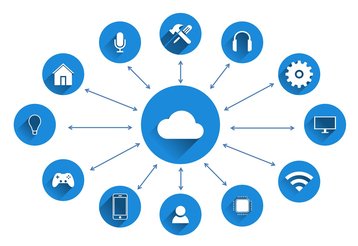 However, the advent of AFA is only one way enterprise storage is changing. Edge is having a big impact on global data center configuration, and these ultra-performance installations are designed to operate on a smaller scale than the centralized main center(s) to which they are connected. In an edge data center, the kind of SSDs being used depends on the application, whether there’s requirements for high read/write performance (for example media streaming), random access (database access) or otherwise.

We see DRAM play a role for edge data centers as well, where high memory capacity and bandwidth are crucial for the application. And well designed network connectivity is of course crucial to enable low latencies between the edge and centralized data centers.

Edge is just one example of how the data center is evolving, and forthcoming technologies could lead to further permutations of enterprise storage. Right now, the focus is on traditional Intel and AMD x86 computing, but there are compelling arguments for specialisation that will affect SSD deployment. We see potential for liquid cooling technologies with FPGA based compute nodes, machine learning, 5G technology with smarter edge computing infrastructures, and more.

There are needs for fast storage here as well, in some cases the primary considerations are specific physical form factors (small footprint) and higher tolerance for wider environmental factors.

Ultimately, data center evolution is being driven by demand and in the future, it’s likely that these demands will shift once again, as entirely new applications will have different storage requirements. The sheer flexibility of SSD deployment, along with emerging technologies, will ensure these needs are met.