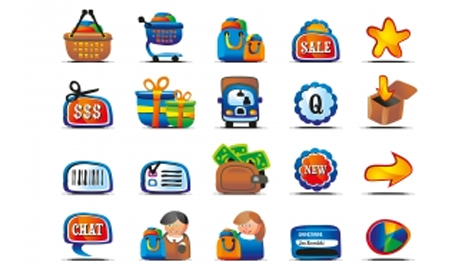 Software-defined networking (SDN) is no longer enough – even though few have really implemented it yet. Now a group of researchers which has moved into the business environment with a new company called Lyatiss, is pushing what they define as the application-defined network (ADN). They say the ADN moves the architecture focus from the ‘network machine’ and instead focusses on the application’s goals and immediate needs, using code that can adapt the ‘cloud network machine’.

“ADN accelerates and streamlines the movement of data throughout the entire virtual infrastructure of each application,” Lyatiss says. Using APIs, it can adapt the networking environment so that application performance is optimized across public and private cloud networks, all the way keeping security policies in place and ensuring latency isn’t lost.

ADN is born
Based in Santa Clara, California, Lyatiss was born out of a number of projects being done by researchers, including founder Pascale Vicat-Blanc, who was the research director for the French National Institute for Research in Computer Science. She also held the role of team leader at INRIA-Bell Labs and was project manager with CERN (the European Organization for Nuclear Research). The work she was undertaking in these roles focussed on cloud computing and networking, looking at how to make the network perform better with growing amounts of data.

“CERN has a lot of data to process that they were not able to do within CERN itself, so they deployed a huge network around the world, interconnecting data centers. When they did this, we discovered the applications were not able to use this network correctly, so we defined different types of solutions for network elasticity so that they could benefit from this new network, from an application perspective,” Vicat-Blanc says.

“We discovered there is a big gap between the power we have today within the network with optical technologies, and what the application can really do when it needs to maximise bandwidth to have minimum latency of different components. Essentially, the network has not changed, so we are redefining the way we interact with it – it is a top down approach. But one the industry needs, as we are finding applications are becoming a growing problem because the network has not evolved.”

How ADN works
Essentially what happens with Layatiss’ software is the application provides instructions to the network based on its “real needs”. It isn’t focussed on forwarding individual packets within the network infrastructure, like SDN, but it does orchestrate flows, such as the actual data exchanged.

“It is discovering the real needs of the application and then asking the network to do this,” Vicat-Blanc says.

Layatiss has released a solution called CloudWeaver that works for those using Amazon Web Services. It can instrument troubleshooting for all resources interconnected within the network, removing the need for scripts. “CloudWeaver discovers the real needs and adapts these in real time with the configurations and the size of the infrastructure, according to the application’s needs”.

“The network will not always be providing you with the optimal feature you need, say if you want more bandwidth, but it can detect these bottlenecks and find a new way around the network. Imagine if you are on a highway, you have a traffic jam, you first detect this then you solve the problem - take another road. With Amazon this could be about moving a workload to another location, or a virtual machine to get better performance, but to do this you need to first understand the need of the application.”

When Vicat-Blanc talks about “real needs” she means anything from bandwidth to latency, and the nodes of communication at each end of its journey and how these communicate with one another.

With CloudWeaver, Lyatiss says it can map where virtual resources are located, locate resources by region and provision and configure network resources, analyse latency and set alerts for signal failures and determine where the cloud network is inadequately provisioned. Failures can also be fixed and configured within minutes. Users can also program using XML-based virtual infrastructure description language to capture cloud network code for modifications offline.

Eventually, Vicat-Blanc said, users will also be able to use the tool to monitor their cloud environment with automatic workload changes and to help with forward planning in the data center.

“SDN is OpenFlow, so it can decouple the network from the software. But we need to connect SDN to the application, so we can benefit from the high performance optical technology now available and the agility that SDN provides. The role of the network is to move data around but we need some predictability in the way it can do this, we need to know how long data will take, the time of delay for moving data, latency – this is all very important.”

ADN demand
Vicat-Blanc says most interest so far has come from cloud providers and other operators that say changing he network to improve cloud operations is too lengthy a task. “We already have lots of applications in the cloud that need help today, along with the people operating these applications, from the application administrators to the IT operators. They are challenged by the visibility of the network,” Vicat-Blanc says.

“Cloud providers find this information important for customers, especially those we have talked to using Amazon Web Services. These companies have very valuable workloads and are very sensitive to the network. Big data will be another big user,” Vicat-Blanc says.

Most interesting is that CloudWeaver can provider a visual representation of what their cloud infrastructure looks like, highlighting the performance of the network with a latency map.