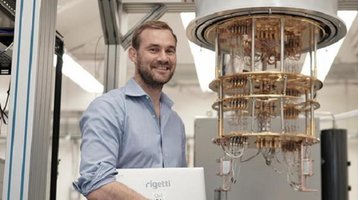 The Berkley-based Quantum company plans to merge with Supernova Partners Acquisition Company II, Ltd. in a deal that would value Rigetti at around $1.5 billion.

Rigetti, which develops quantum processors and aims to offer ‘full stack’ Quantum computing services and technology, said it will use the proceeds from the merger to accelerate development of quantum processors and grow its commercial business. The company expects to scale its quantum computers from its current 80 qubit Aspen-9 system to 1,000 qubits in 2024 and to 4,000 qubits in 2026.

“In the next decade, one Rigetti quantum computer could be more powerful than today’s entire global cloud. Rigetti is the leading innovator in this space,” said Chad Rigetti, Rigetti Computing CEO and Founder. “We plan to use this capital to accelerate our product development and accelerate our goal to bring this transformational computing capability to every major industry.” 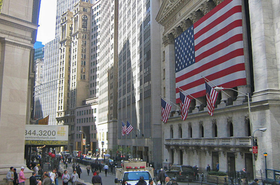 According to investor information, Rigetti saw losses of $53.8 million in 2020 and expects a $26.1 million loss in 2021. The company said it expects to “incur significant expenses and continuing losses for the foreseeable future” but aims to break even by 2025. The company expects revenues close to $100 million for its 1,000 qubit machine and almost $200 million for its 4,000 qubit system.

When the transaction closes, the publicly traded company will be named Rigetti Computing, Inc. and its common stock is expected to be listed on the NYSE under the ticker “RGTI.”

Supernova II raised $300 million via its IPO in early March. The SPAC is led by Michael Clifton, an investor previously at the Carlyle Group. Other Supernova executives include former Blackstone partner Robert Reid; former Zillow CEO Spencer Rascoff; and Alexander Klabin, founder and CEO of Ancient and co-founder of Senator Investment Group.

Clifton is expected to join the Rigetti Board of Directors after the transaction closes.

“Rigetti Systems’ speed and scalability set them apart amongst competitors,” said Clifton. “With its model of easy integration into existing systems, Rigetti’s technology will be used by businesses, governments, and institutions across the globe.”

The data center industry had previously been slow to embrace the SPAC trend, with one of the few examples being Vertiv's 2019-2020 GS Acquisition Holdings SPAC listing. However, as well as IonQ, 2021 has already seen Cyxtera go public through a SPAC controlled by investor Starboard Value, Telecity's Michael Tobin reveal plans to build his own SPAC, and a number of former CyrusOne execs join the InterPrivate IV SPAC.

Another communications infrastructure-focused SPAC, IX Acquisition, this week said it planned to raise $200 million floating on the Nasdaq. IXcellerate founder Guy Willner is the chairman of the new SPAC, with former IXEurope CFO Karen Bach as CEO, and SpaceX's Noah Aptekar as CFO and COO. Founded by Willner, IXEurope was acquired by Equinix back in 2007.

The company said it plans to acquire technology infrastructure and businesses – with a focus on tower companies, data centers, and fiber networks – in Europe, Asia, and/or emerging markets.

Willner's IXcellerate primarily operates data center in Russia, announcing large Moscow expansion plans this February. His other company, IXAfrica, also this year broke ground on a campus in Kenya, after years of delays.