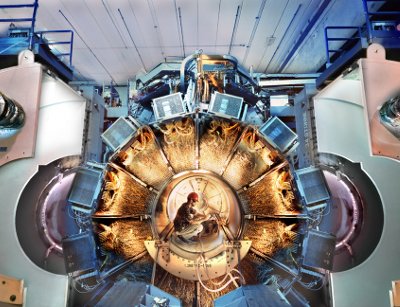 Power for a new data center being built to process data generated by Stanford University’s particle accelerator in California will be backed up using flywheel uninterruptible power supply (UPS) technology.

Flywheels have gained traction in the data center industry over the past several years as a more environmentally friendly UPS energy-storage alternative to lead-acid batteries. They store energy kinetically rather than chemically, but are generally considered to provide a shorter “ride-through” period.

Doug Milner, president and CEO at Active Power (supplier of 3MW of UPS capacity to Stanford), said another inherent benefit of the company’s technology was energy efficiency.

“This efficiency translates into a tangible economic benefit as it lowers energy costs which directly impact the customer's bottom line without sacrificing performance,” he said. “A viable, sustainable product delivered at an overall financial advantage makes for a very compelling offering in today's marketplace.”

Stanford – which operates the accelerator for the US Department of Energy (DOE) is building what will be called the Stanford Research Computing Facility, or SRCF, investing a total of US$41m. The facility will expand computing power of the university and of the national laboratory operating the Stanford Linear Accelerator.

Active Power will be delivering 415V UPS systems for the project in the fourth quarter of 2012.

The National Accelerator Laboratory is part of the DOE’s nation-wide network of labs doing intensive research in a wide variety of areas for the US government.

Corrected: The original version of this article erroneously stated that flywheels occupied more space than batteries did. This version has been changed to correct the error.