The tech giant has bought a plot in Yunlin County

Google is establishing a third data center in Taiwan, confirming earlier reports that it was interested in a plot in Yunlin County.
Google has confirmed to reporters this week, that it has acquired around 200,000 sq m (2,150,000 sq ft) of land in the Yunlin Technology-based Industrial Park, at the city of Douliu. The facility should be up and running by 2022. 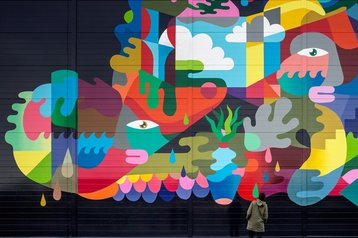 According to local reports, China Man-made Fiber last week sold a 198,000 sq m (2,140,000 sq ft) plot, consisting of six parcels of land, to Beckett Enterprises LLC, and it looks like Google is secretly behind that company. Relatively few details were revealed to journalists, but it is reported that Google will invest around NT$20bn ($681m).

According to local publications such as Taiwan News, thenewproject is part of Google’s “Intelligent Taiwan” or "Smart Taiwa" initiative, which was unveiled in 2018  as part of Google's international pledge to help to promote IT and interconnectivity. Google promised to train up Taiwanese businesses and students in digital marketing and to invest in IT infrastructure.

In other parts of the globe, Google has put in place similar projects. Digital India is one of the largest commitments by the company to play a role in digitizing an economy.

Google has been expanding in the Asia Pacific region as it has been elsewhere in the world. It has been in Taiwan and Singapore since 2013 , and its list of cloud regions also Hong Kong and Jakarta, Indonesia, both of which opened in 2018; and Seoul which opened in 2020. It's been in Japan since 2016, and now has regions in Tokyo and Osaka.

In a video released by Google, CEO Sundar Pichai announced a $10bn investment in the country and a stake in one of the country's largest budget mobile phone businesses, Reliance Jio.