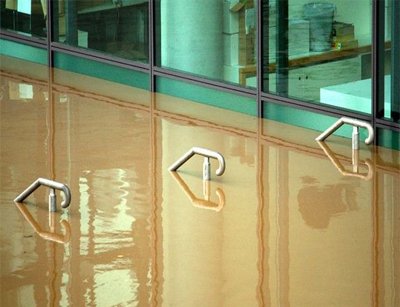 The following content is from an older version of this website, and may not display correctly.
After what some have said was a ‘narrow escape’, data center operators in the flood ravaged capital of Brisbane, Queensland’s capital in Australia, are bracing for Thursday’s predicted record flood levels following floods which have already caused disruption to some Internet services.

Flood waters did not rise to the ‘worst predicted levels’ yesterday, but Thursday’s 3pm King Tide is expected to bring levels close to the devastating 1974 floods, whcih destroyed CBD and inner Brisbane properites. Already 100,000 people in South East Queensland have been left without power and power supplier Energex is working to disconnect further suburbs inundated by floodwaters.

A further 15,000 people across the state have been left without power with the floods ravaging towns to the north and west of Brisbane, including Toowoomba, where the most wide-spread damage has been seen to date.
Telecommunications network provider Optus said it had seen localised impact to its mobile and fixed networks in flood-affected areas.
"As the flooding situation is changing rapidly, an increasing number of mobile sites as well as fixed network nodes are at risk due to power outages which may disrupt fixed and mobile services to customers," Optus said in a statement today.
"Where possible we have deployed backup generators in some locations throughout the flood-affected areas to allow us to respond to power outages."
An Energex outage in Brisbane’s CBD today is expected to affect Optus’ Brisbane transmission CBD facility, resulting in the loss of 2G and 3G mobile services and some business services. Network capacity has been prioritised for voice calls, SMS and mobile internet data but this will be slower than usual, the utility warned. Partial coverage will be supplemented by additional towers in surrounding areas.
Optus’ Sydney to Brisbane fiber links have experienced problems with an optical fiber break caused by the floods. All services running on this connection have been switched to its coastal link, protecting business customers.
National carrier Telstra said it has seen no significant impact to its networks at this stage in Brisbane and surrounding areas but it is experiencing network congestion.
"We do have a number of mobile base stations that are currently without mains power but are operating as per normal due to battery backup," Telstra director of service delivery for the Brisbane Northern region John Parkin said in a blog post today.
"Telstra services in Toowoomba and the Darling Downs have been affected by flooding. Some telecommunication infrastructure has been damaged by flood waters and is currently too dangerous to access. This means that some mobile, broadband and landline services will be affected," Parkin said.
He said Telstra crews will have to wait for flood waters to subside before moving in to restore services. "As well as limited site access due to flooding and road closures, loss of mains power is another challenge for Telstra teams being mobilised to restore services."
Brisbane-based data center operator iSeek, which has three data cnters in the capital including a new facility based not far from the mouth of the Brisbane River at the Brisbane Airport, has been preparing for the worst. iSeek corporate communications manager Peta Joynson told DatacenterDynamics the company has ensured its Cummins diesel generators are fuelled up and ready "should the power be cut".
"Things are looking quite grave here in Brisbane," Joynson said.
"There are many people that have lost their lives and still many more missing. The flood waters have inundated thousands of homes and businesses. One never really believes that a crisis of this magnitude can ever happen. It is quite surreal looking at the media coverage and the flood devastation.  The main thing is our family is all together and safe."
A report yesterday by Ry Cozier at itnews quoted ISP providers affected by the cut of a cable linking Sydney to Brisbane. It did not mention if this was the same one referred to by Optus.
It said the cut had forced Internet service providers, including Internode and iiNet, to run broadband services using a non-redundant network configuration, pushing all traffic over a single link.
Both providers said the break was not causing packet loss but did say that damage to the remaining diverse fiver route could cause severe broadband issues in parts of the state.
Energex said, on its website at 11am GMT today, that 154,243 customers in Queensland were currently suffering power outages. In total 159,580 Energex customers have been affected during the flood period, 5337of these have had power restored.

Meanwhile, a staff member of Brisbane’s Wesley Hospital, which sits just one block back from the Brisbane River in Milton, close to the CBD, told DatacenterDynamics the hospital had lost power and some use of clinical units.

The flood in Milton, near Brisbane's CBD, has left business underwater.
Image by Linda Young