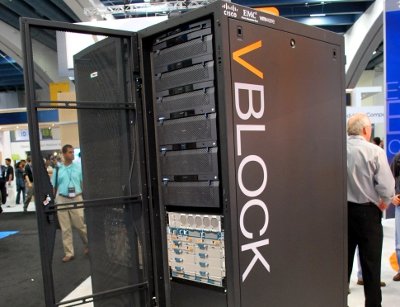 Storage vendor EMC has launched a data center in Durham, North Carolina, that will support its IT organization. The data center powers a private cloud built on IT infrastructure by EMC and its partners, including Cisco and VMware.

Launch of the data center, housed within EMC's new Center of Excellence facility, is the latest step in the company's transition to a cloud-based infrastructure to support its IT functions, which started in 2004. Like many other large companies, EMC is turning to cloud computing to address unrelenting growth in demand for compute power, complex application environments and energy inefficient data centers.

This is EMC's first such center in US and sixth around the world. The others are in India, China, Egypt, Israel, Ireland, and Russia.

EMC CIO Sanjay Mirchandani said the data center and the labs housed by the Center of Excellence will serve two purposes: internal IT and technology showcase.

"Our virtual-first mantra and the latest EMC, VMware and VCE technologies, not only provided the foundation to deliver agility to our more than 50,000 employees, but the (Center of Excellence), data center and our R&D labs enable us to extend and showcase our world-class cloud computing capabilities, solutions and the best practices with our customers," he said.

"VCE" stands for Virtual Computing Environment, a company EMC formed together with Cisco and with investment from VMware and Intel. The company's private cloud that now lives in Durham is built on VCE-built Vblock infrastructure platforms, which include Cisco's Unified Computing System servers and network gear, EMC storage and VMware virtualization technology.