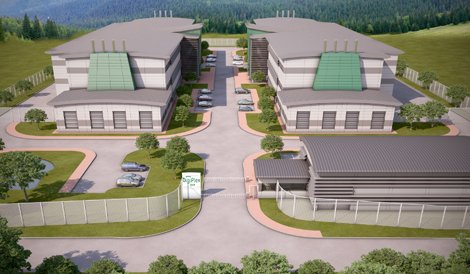 London-based data center operator DigiPlex is investing €60m to build a 10MW facility outside Oslo for Evry, the largest IT company in Norway.

DigiPlex Group chairman Byrne Murphy said he believes the deal is the largest yet for the European market for 2013 to date.

Site works have already begun at the Fetsund site, which will contain four buildings, each with 4,200 sq m of net whitespace.

The first phase will include the first two facilities which will go live in Q3 next year.

Each of these buildings will be three stories with a gross footprint of 14,000 sq m with whitespace in each accommodating three server rooms - one on each floor - designed for an IT density of 2kW per sq m.

DigiPlex said Evry plans to occupy two buildings on the site but has the option of taking out capacity in the third and fourth buildings under a 20-year term agreement.

It is the first time DigiPlex has moved into the wholesale market in the Nordic region. It already has a footprint in the greater Oslo area, where it has two data centers, and has data centers in Sweden and Finland.

DigiPlex said it is using its own cooling technology called Air to Air at the data center, which it said will be designed to operate with a power usage effectiveness (PUE) of 1.1. The solution won the DatacenterDynamics Innovation and Future Thinking Award for EMEA in 2012.

Giant builderswork-ducts will allow large amounts of air to pass through the data center at low velocity – decreasing the speed of this flow will control the pressure to minimize energy use.

A giant heat exchanger will sit in the center of each building to allow heat to be exchanged from the cool outdoors to warmer inside air without air flow streams mixing.

DigiPlex said the solution can take up to 320,000 m3 of outside air into each building for passing through the adiabatic evaporative cooler, which provides additional cooling capacity to the air cooled system when outside air temperatures are high.

The same amount of air can be drawn from the server room at temperatures of up to 42°C.

The data center will also be equipped with DigiPlex’s De-Ox fire proofing system and a state of-the art uninterruptible power supply (UPS) system which will be offline when operational requirements are less than normal to reduce power loss and increase energy efficiency.