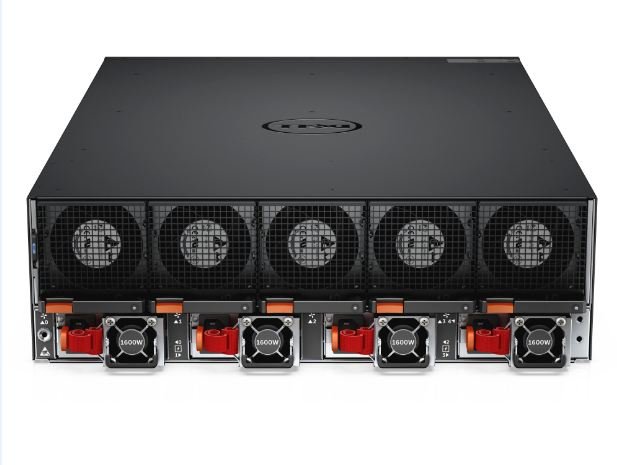 Speaking in London ahead of the launch, Dell Networking VP of product management and marketing Arpit Joshipura said Dell’s new Z9500 switch, with more than 10Tbps throughput and 600 nanoseconds latency, is the highest density switch on the market today.

Cisco’s Nexus 9000, launched on the back of its Insieme purchase and built for application-centric networking, has 36-port 40Gbps line cards.

Dell is targeting the Web 2.0 and high performance computing (HPC) markets with its Z9500 switch and users that  carry out heavy east-to-west (or server-to-server) communications inside the data center.

Joshipura said the switch can carry out these tasks in less than 1.2 microseconds.

The 3RU core switch can be expandable to 528 10GbE ports and will be offered on a ‘pay-as-you grow’ basis using a software licencing model that is based on 36, 84 or 132 port allotments.

“This is the industry’s densest, most throughput switch. Essentially it is meant for a micro-scale fabric – anyone with less than 1,500 servers that are reaching a level of maturity with their east-to-west traffic, so those those that have gone past traditional workloads and are working with Hadoop and other areas.”

Towards NFV
Dell’s networking teams are heavily targeting the service provider and Web 2.0 environments where it already has a large server footprint.

It is also keen to capture revenue from the telco market but unlike other companies that have launched full-scale NFV strategies Joshipura said Dell will be concentrating on tools that connect third-party environments to make orchestrating SDN and NFV faster and easier.

“This is not an SDN controller, where it can manage Cisco and HP switches. Those now are a dime a dozen and this is not a market we will mature on. This is more of an Open Stack enabler to stitch things together,” Joshipura said.

But Joshipura said it there is a real pain point being seen with carriers wanting to virtualize their network functions, from CDN to LTE so they can run on general purpose compute infrastructure.

“The problem is compute is not just one server, it’s a compute pod. So now you have to stitch that pod together, make it scale up and down and this means you don’t have to worry about routing, switching and changing VLANs to do that.”

The Active Fabric Controller for OpenStack plugs into OpenStack Neutron, an API for configuring network policies in the Cloud.

The software offered by Dell to orchestrate the network fabric has been built upon OpenFlow technology and its extensions.

“We are not using any Layer 2, or Layer 3. We are using built-in topology discovery and built in optimization that the software can use to get services like firewalls inserted right into the fabric as opposed to being a bump in the wire,” Joshipura said.

“With Active Fabric Controller, OpenStack can be set up as a multitenant network where you can scale out just like in a normal data center and collapse running the carrier network functions without creating all these new functions.

“It is about making SDN real, especially for the stacks that are beyond VMware.”

Joshipura said deployments of NFV are still quite new but in the SDN space a number of patterns have started to emerge.

Larger enterprises with VMware carry out vCenter overlays for SDN, financial services clients with large Linux teams, however, are now following the open networking route and many mid-market customers are looking at OpenFlow.

“Dell had the two-way integration with VMware and Microsoft but we didn’t have anything for OpenStack, which is the third stack that is emerging for SDN,” Joshipura said.

Dell said it will working more closely with third-parties on NFV solutions in future, spearheading the CloudNFV consortium.

This will build on work already undertaken on OpenStack solutions with partners such as Red Hat.